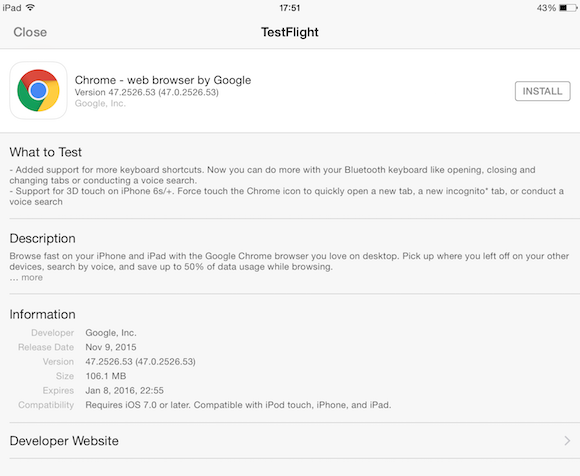 3D Touch support will let you hard-press on the Chrome home screen icon to open a new tab or launch voice search. Along with the 3D Touch, the beta version brings support for new Bluetooth keyboard shortcuts and few other new features. Google has yet to make an official announcement for the beta release.

In order to try Chrome beta for iOS, you will have to download and register for TestFight from the App Store. Next up, you will have to visit Google’s Chrome beta download website and simply tap “download Chrome beta.” After that you will get a confirmation email after which TestFlight will send you a notification signaling that the app is ready to download. Users that download the new Chrome will be able to update to version 47.0.2526.53.