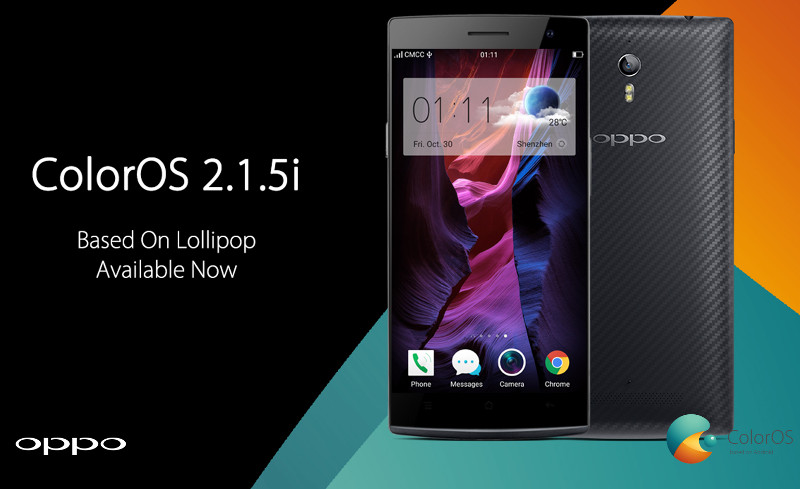 Oppo has released stable version of ColorOS V2.1.5i ROM for the Find 7 and Find 7a smartphones. This will be the final version of ColorOS update for these devices, said the company since it will focus on AOSP ROM for the device that was announced recently. As it confirmed last week, the AOSP ROM for Find 7 / 7a based on Android 5.1 offering almost stock Android experience is already in private beta testing and the first public version will be available soon.

Oppo will also retail Pure Image (ColorOS camera app), screen off gestures, and MaxxAudio for both these devices. Regarding the ColorOS 2.1.5i update for these devices, this update adds Smart Lock support in Settings-> Safety & privacy, ability to disable Google apps when editing the homescreen and several fixes, including patches for the latest stagefright exploit.

The ColorOS 2.1.5i stable ROM for Find 7 and Find 7a is 1.01GB in size and can be downloaded directly from the Oppo forum here. Over-the-air (OTA) update will be released on Monday, November 2nd, said the company.