HTC is expected to announce the mid ranger One A9 at an scheduled event on October 20th. The phone that has already been leaked several times has now surfaced in images of a dummy version. 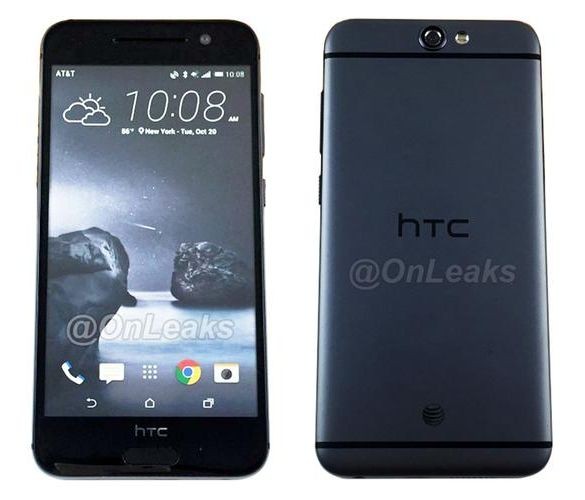 Popular leakster @Onleaks has released some images that offers a detailed look of the phone from all the angles. As per the images, the One A9 sports a iPhone like aluminium unibody design and raised camera hump. A SIM and microSD card slots are seen on the left side while the power button and volume rockers are on the right side. The images do not show the trademark front-facing stereo BoomSound speakers.

At the bottom of the screen, we can see the home button which will be equipped with a fingerprint sensor. The HTC logo is also seen above the physical home button. Last month, @evleaks showed off the HTC A9 is six different colors.

HTC One A9 rumored Specifications