Samsung Galaxy S6 Edge Plus and Galaxy Note 5, the two much awaited devices from Samsung have been leaked several times over the past few weeks. Today, the two phones have surfaced in what looks like official press renders. 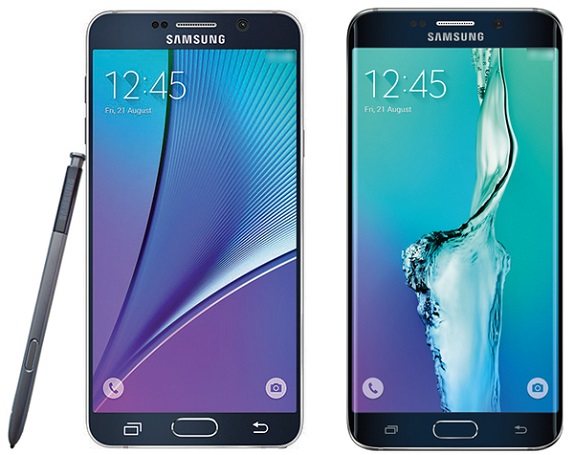 Popular leakster @evleaks has released the press render of the the Galaxy S6 Edge Plus and the Note 5 on his official Twitter account. The images give out a clear look at both the phones and shows the S Pen along with the Note 5.  The Galaxy Note 5 is expected to sport a 5.7-inch Super AMOLED Quad HD display, Exynos 7422 chipset along with 4GB LPDDR4 RAM. It will have a 16-megapixel rear and 8MP front facing camera and 3220mAh battery. On the other hand the Galaxy S6 Edge Plus will sport  5.67-inch Super AMOLED Quad HD display with curved edges, Exynos 7420 processor along with 3GB of RAM and 16MP rear camera.