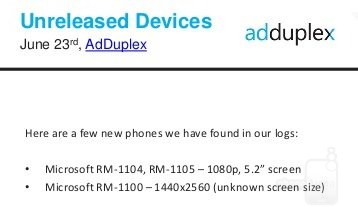 The 940 XL would sort of be the replacement for the Lumia 1520 which is a 6 inch device. 5.7″ is big enough for most phablet users and is definitely easier to handle than a 6″ device. So the change to a smaller screen does make sense especially if they’ve managed to trim down the bezel size as well.

Apart from that, both the devices are rumoured to pack a new 24-25 Megapixel Pureview camera sensor with OIS. Knowing Microsoft’s/Nokia’s history with cameras, it is likely that these two devices will pack some of the best camera features and image quality into them.

Although Microsoft have promised the upgrade to Windows 10 for most handsets running Windows 8.1, the Lumia 940 and 940 XL will be the first ones to ship with Windows 10 out of the box.