Specifications of the Meizu MX5 have been spotted at GFX benchmark. The phone that is set to launch on June 30th was leaked in photos yesterday that showed its metal build. 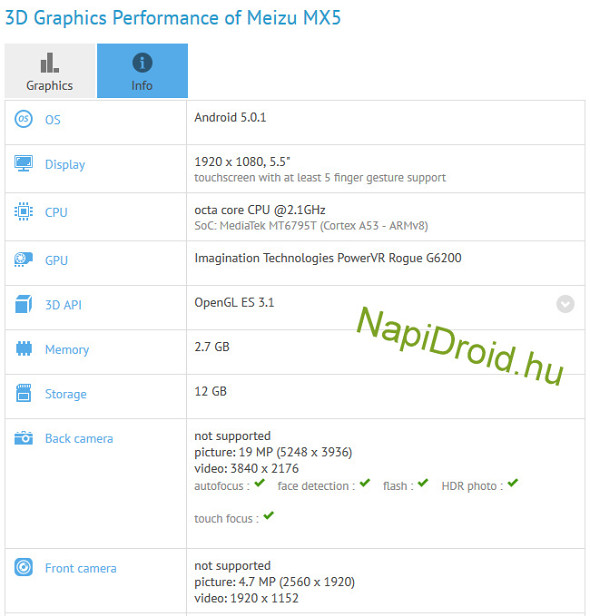 As per the GFX benchmark listing the Meizu sports a 5.5-inch 1080 x 1920 FHD resolution screen. Under the hood is a 64-bit MediaTek MT-6795T SoC containing a true octa-core 2.1GHz CPU, and the PowerVR G6200 GPU. There will be a 3GB of RAM along with 16GB of internal memory that can be expanded with 128GB micro SD card slot. There is 20MP rear camera and a 5MP front facing snapper. The phone will come with Android 5.0.1 is pre-installed and 3150mAh battery.

The phone has already been leaked in metal casing several times. Besides that Meizu MX5 is expected to come with fingerprint scanner. It is expected to be priced at 1799 Yuan (about $290) in China.