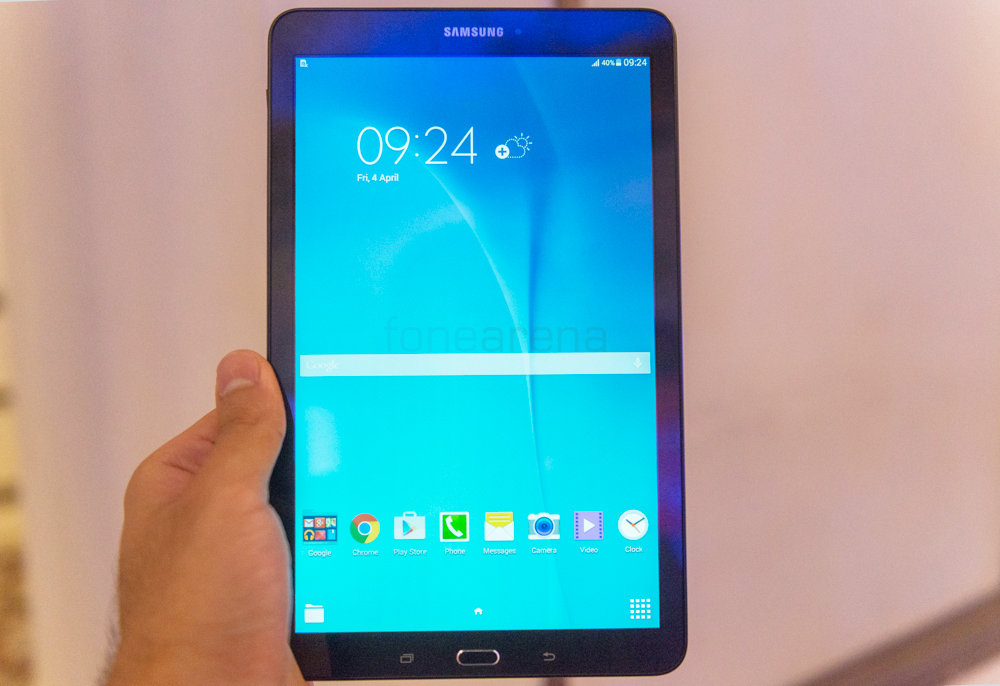 Samsung launched the Galaxy Tab E, the company’s latest mid-range tablet in its new E series for Rs. 16,900, along with the Galaxy Tab A at an event in Bangalore earlier today. Check out the hands-on impressions and hardware walk-through of the tablet. 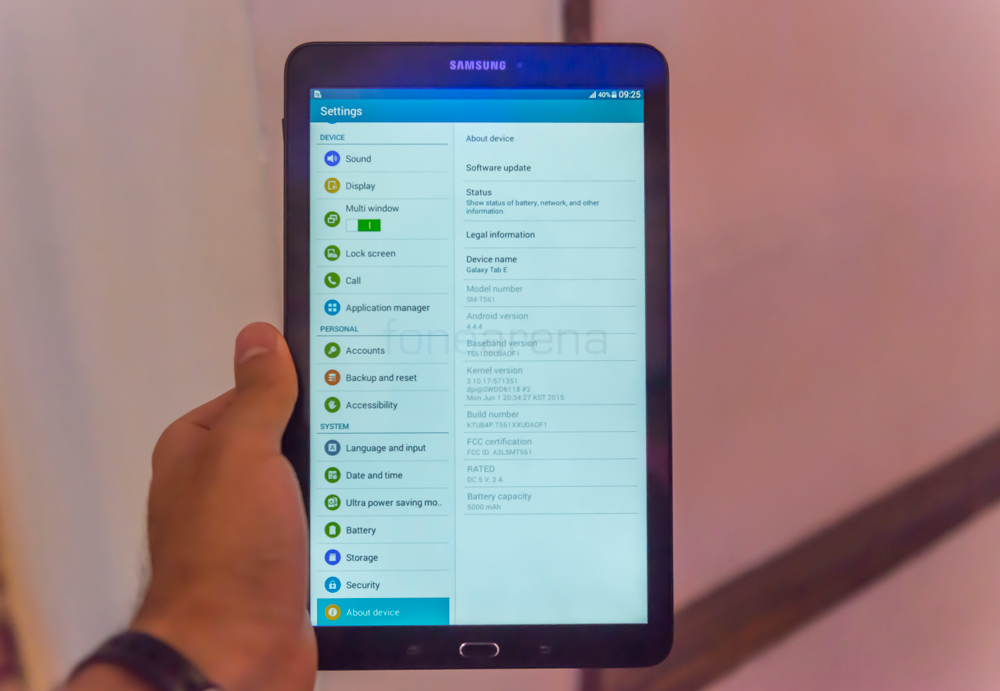 The Galaxy Tab E has a 9.6-inch WXGA TFT display at a resoultion of 1280 x 800 pixels with a pixel density of about 157 ppi and 16:10 aspect ratio. It is powered by a 1.3GHz quad-core processor and runs on Android 4.4.4 (Kitkat), which will be upgraded to Android 5.0 (Lollipop) in future. There is a 2-megapixel camera on the front. It doesn’t have an earpiece, but will support calling via speaker, wired or a Bluetooth headset since it has SIM support. It has Samsung’s signature home button along with menu and back capacitive touch buttons, below the display. 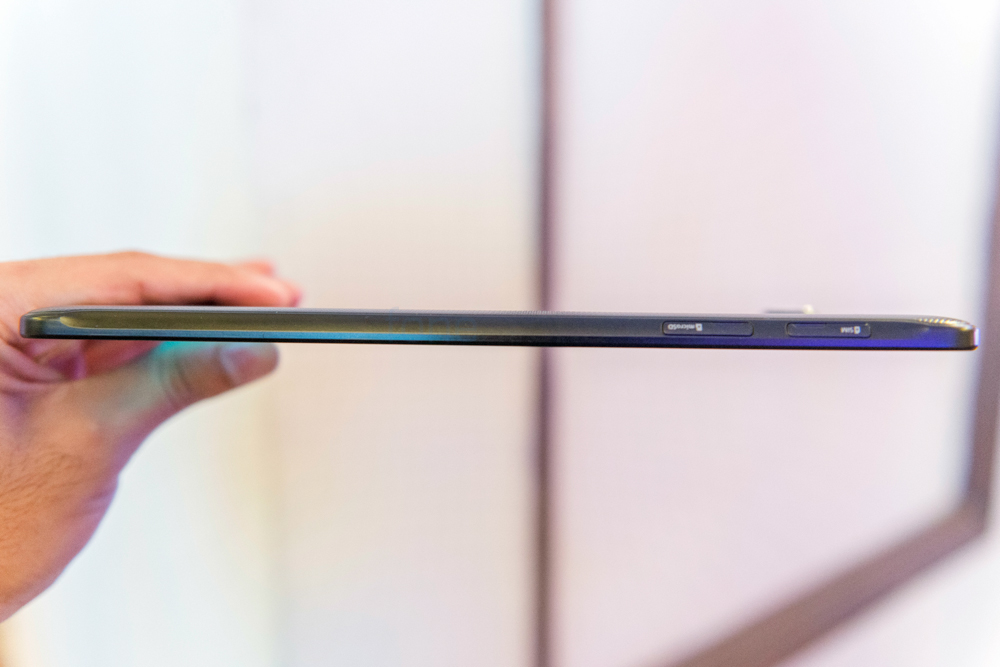 It has a SIM slot and a microSD card slot on the left side. It has 1.5GB of RAM and 8GB of internal memory. 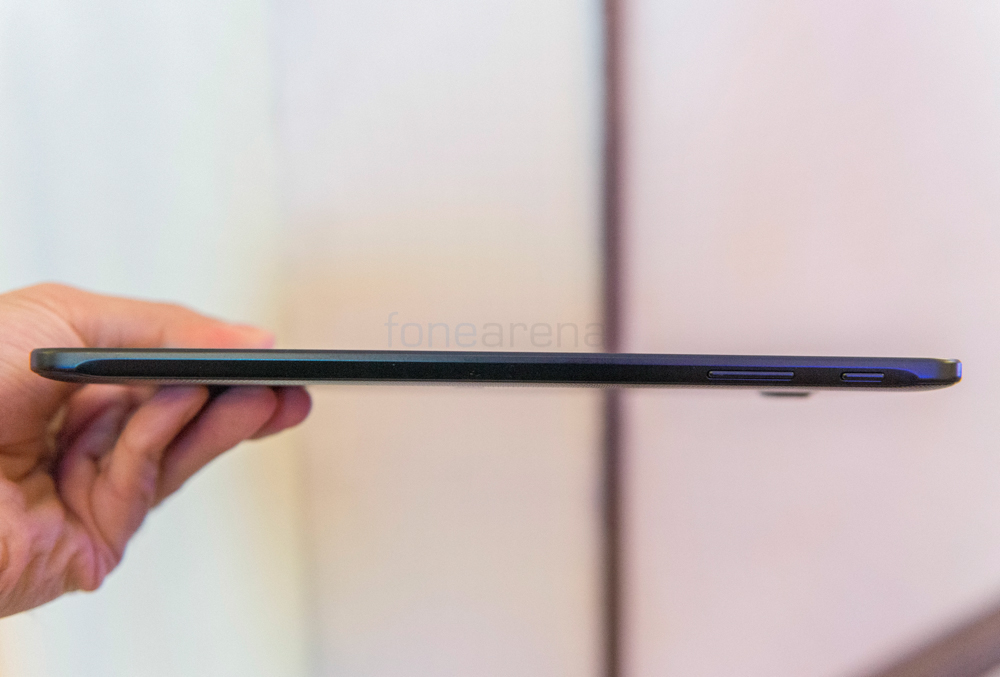 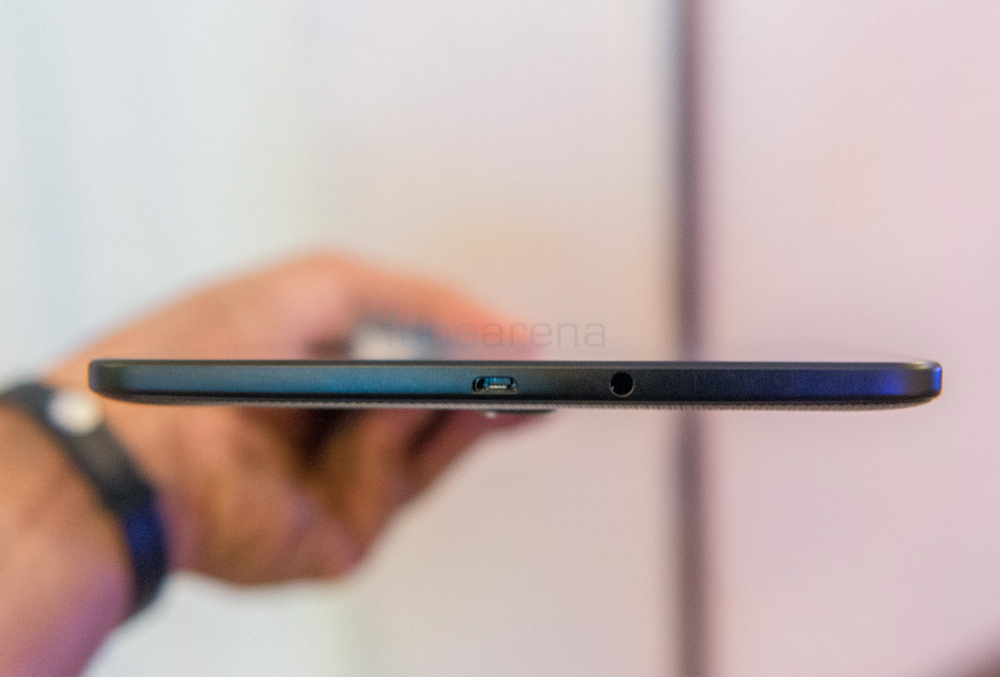 There is a micro USB slot and a 3.5mm audio jack on the top. 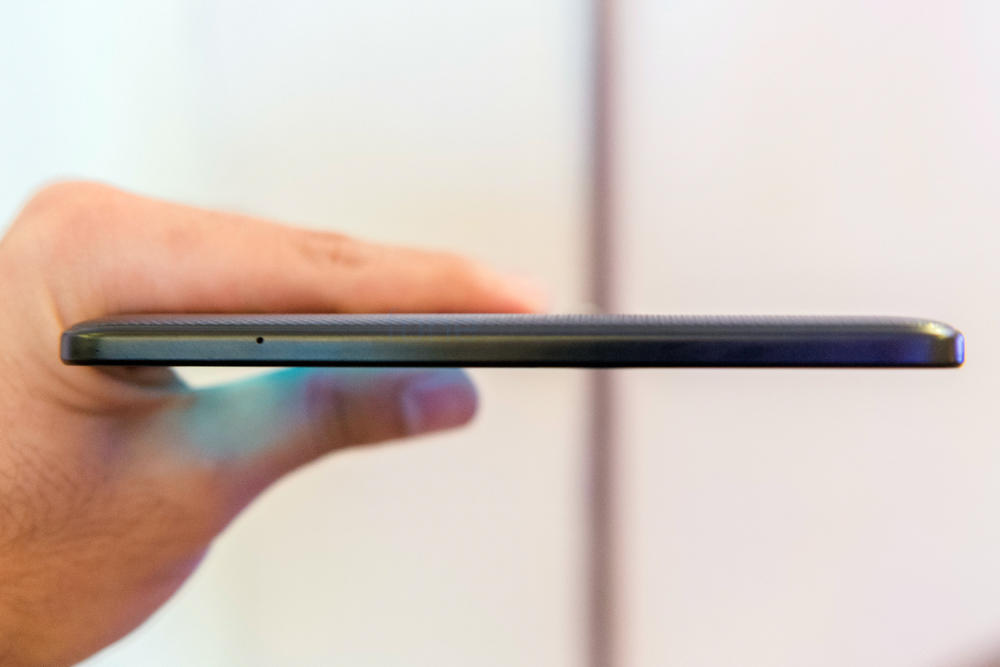 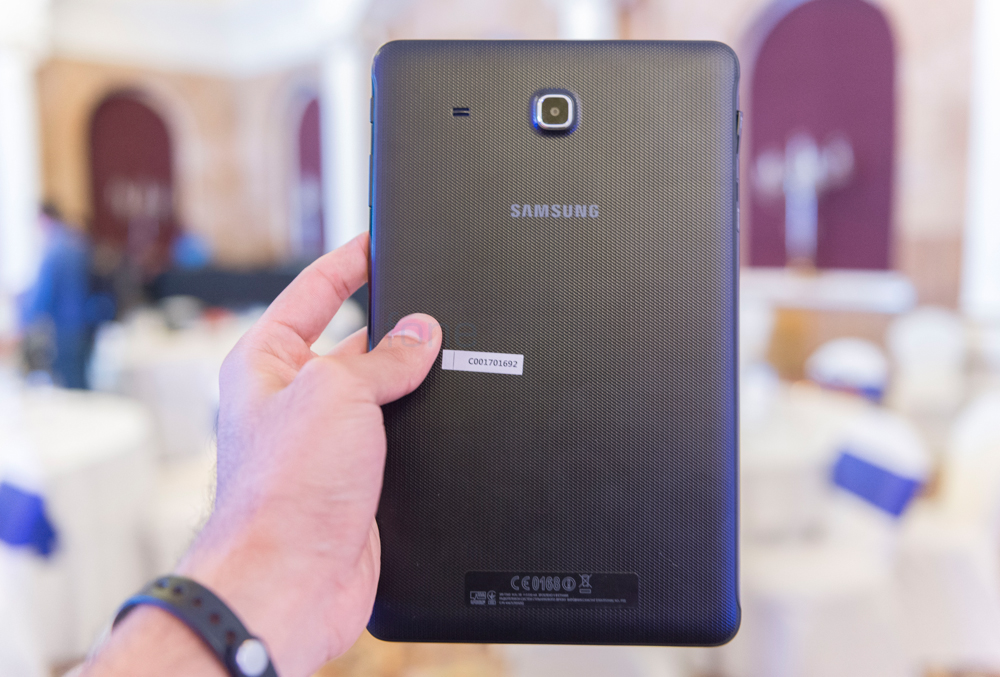 The back has textured finish and has a 5000mAh battery built-in battery. There is a 5-megapixel auto-focus camera and a loudspeaker grill. It comes in Metallic Black and Perl White colors and will exclusively be available from Flipkart for now, when it launches later this month. It comes with 2GB of free 3G data per month for 2 months for post-paid Vodafone consumers and 1GB of 3G data free on purchase of 1GB by a prepaid Vodafone consumer for 2 months.