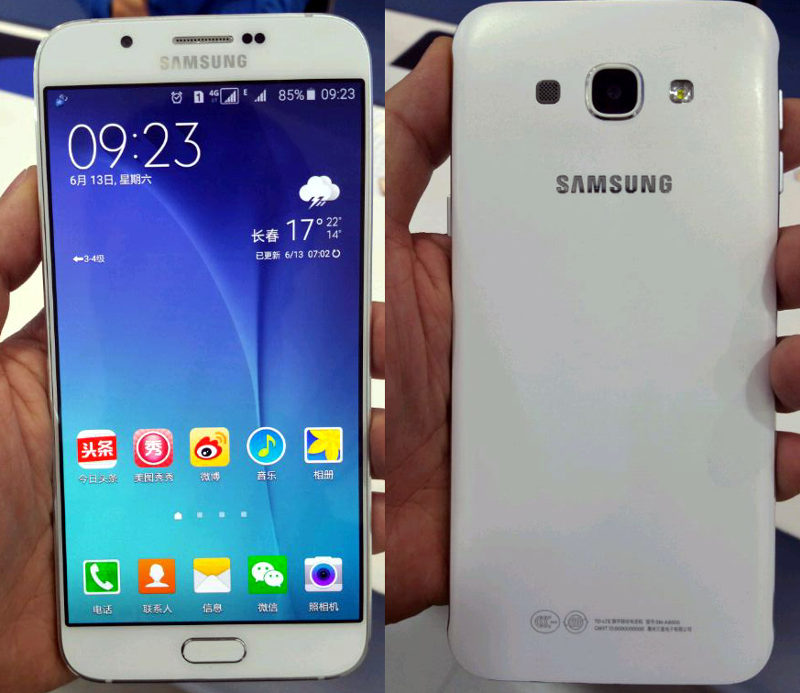 Specifications of the Samsung Galaxy A8 (SM-A800F), an upcoming smartphone in the Galaxy A series surfaced back in April. Now Nowhere Else has got hold of live images of the smartphone. It also confirms earlier rumors of a fingerprint sensor on the home button. 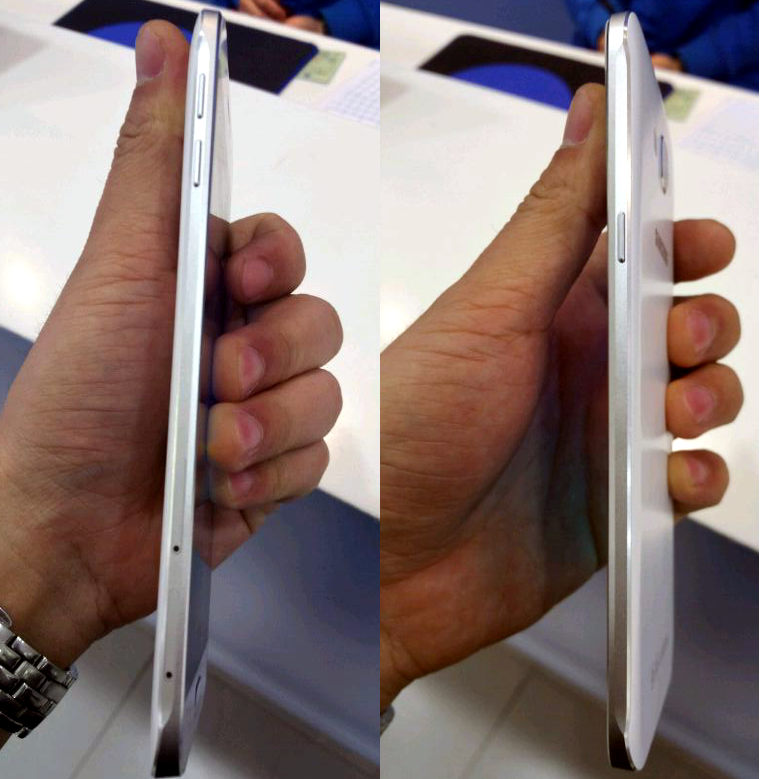 There are two slots, one for the SIM card and another for microSD on the left side along with volume rockers. On the right side there is a power button. It also has a metal frame. According to recent rumors the smartphone is said to feature a 16-megapixel rear camera with LED flash and a slightly larger 3000mAh battery, while retaining other specs as the Galaxy A7. Check out the complete set of rumored specifications.

Currently there are no details about the pricing of the Samsung Galaxy A8 or when the company plans to launch the smartphone.