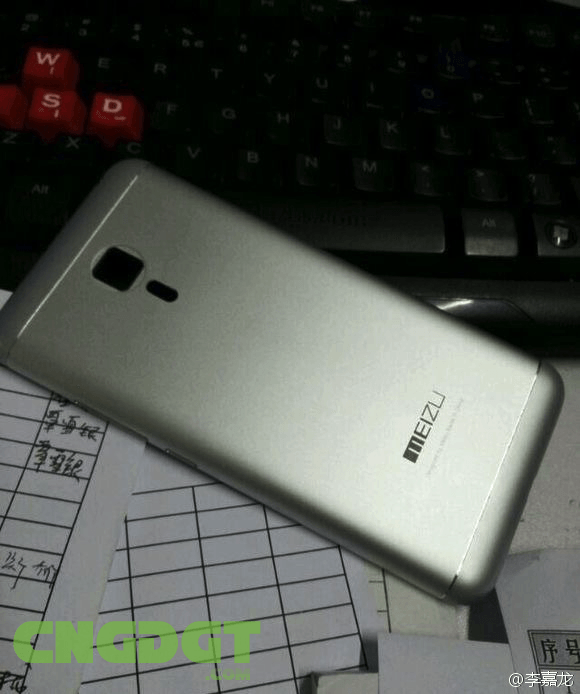 A new photo of the Meizu MX5 has been leaked online that shows its metal design in real life. The device seems to be a prototype as it does look a bit unfinished, particularly the region around the main camera.

The MX5 is the successor to the MX4 and is expected to be launched soon. Perhaps even as early as June 30th when Meizu are planning and event. But that could be the launch of the Meizu m2 as well so we will just have to wait and see about that.

The MX5 is also said to pack the new home button that debuted with the m2 Note but this time it will also pack a fingerprint sensor inside it. The device is said to pack a 5.5″ displa with 1080p resolution, Mediatek MT6793 processor, 3GB of RAM, 16GB of memory and a 20 Megapixel rear camera. The MX5 will release with Android 5.1 Lollipop out of the box with FlyMe OS UI layer on top.