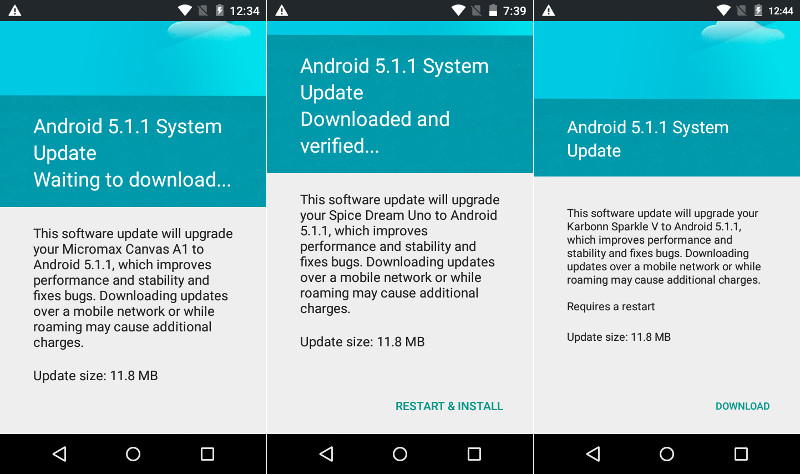 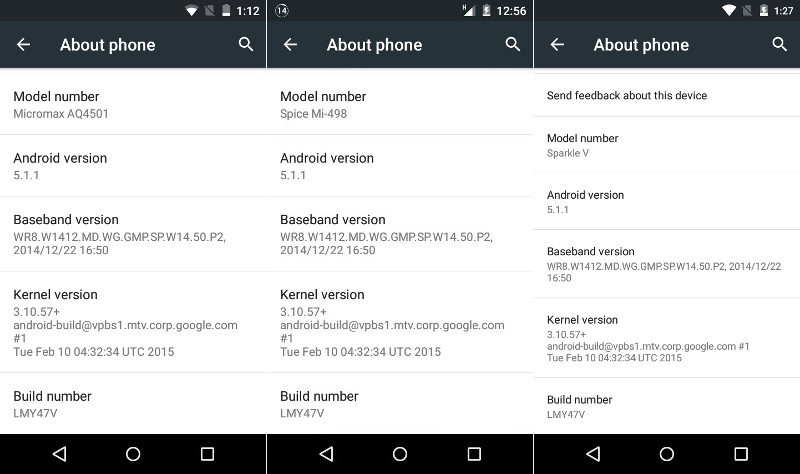 Google started releasing Android 5.1.1 factory images for Nexus devices last month and the OTA update followed it. Google launched a new Android One smartphone called General Mobile 4G in Turkey last month with Android 5.1.1 out of the box. This new update doesn’t add any new features like the Android 5.1 update. This is just a minor update with some bug fixes and enhancements.

The Android 5.1.1 (Lollipop) OTA (over-the-air) update is 11.8MB for all these smartphones which share the same ROM.

Thanks @connectwww for the tip!