Google is bringing a new update to Maps that will further enhance its public transit information. Maps is getting real time data update for U.K., Netherlands, Budapest, Chicago, San Francisco, and Seattle. 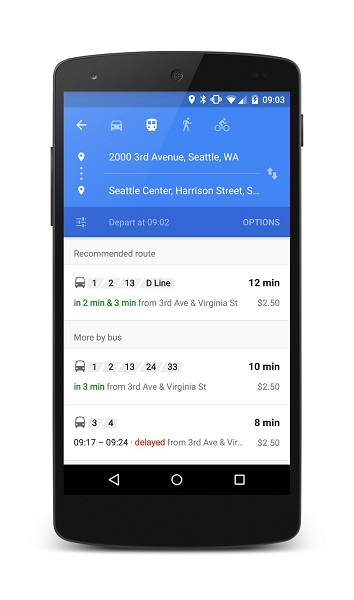 Google Maps will give real-time transit info such as live arrivals for buses, metros and subway systems. It will even alert you about cancelled routes for better navigation. Google has partnered with over 6,000 transit authorities to get a current view of where their vehicles are. The app arranges and summarizes your transit options at the top of the screen so it’s easy to know at a glance how long you’ll be waiting. It also gives you other options in case you miss the bus or train you wanted. 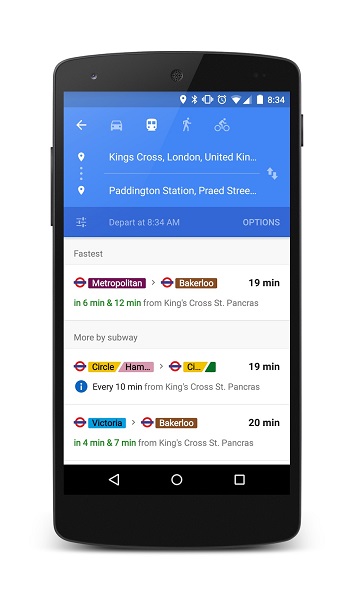 Although Google is bringing the real time update feature to only a handful of locations, it is also bringing an additional feature for Maps users all over the world. Users will now see a recommended route and a group of public transport options instead of a mere list of options. Google has revealed that Maps public transportation info now serves over 18,000 cities in 64 countries, and has over 2.5 million train stations.