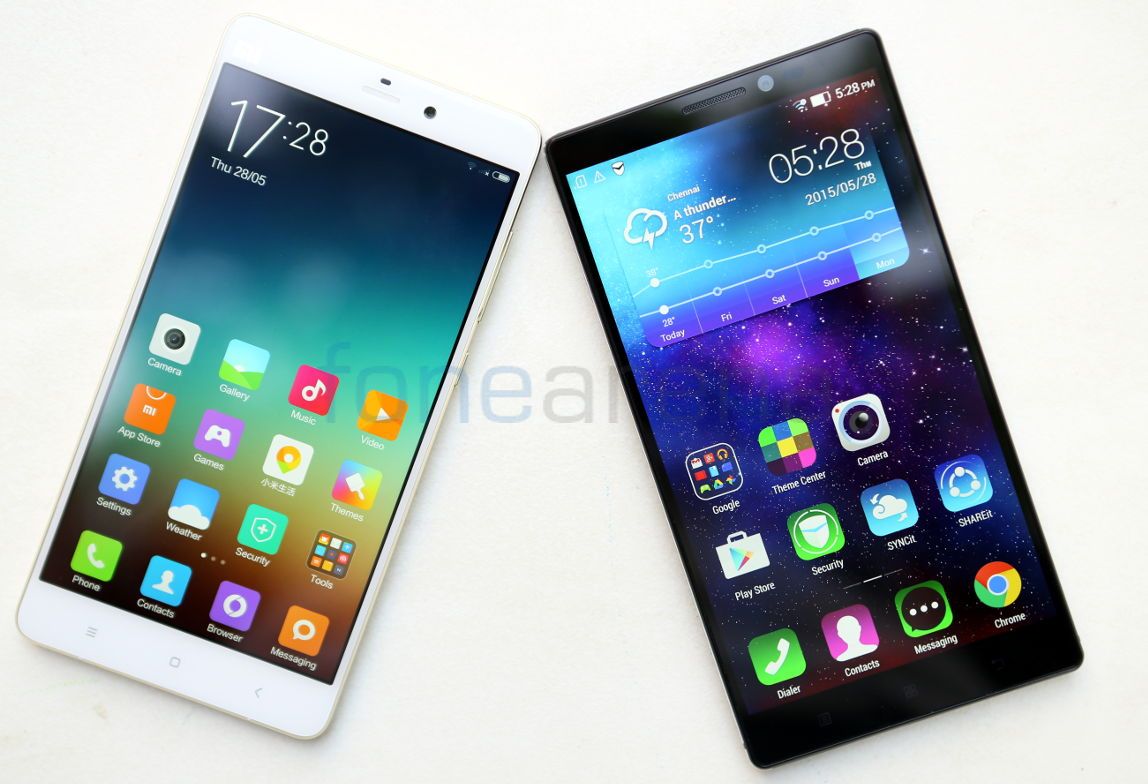 Xiaomi announced the Mi Note Pro in January and launched the phone in China earlier this month. We got you unboxing of the phone recently and here is the comparison of the phone with the Lenovo Vibe Z2 Pro. 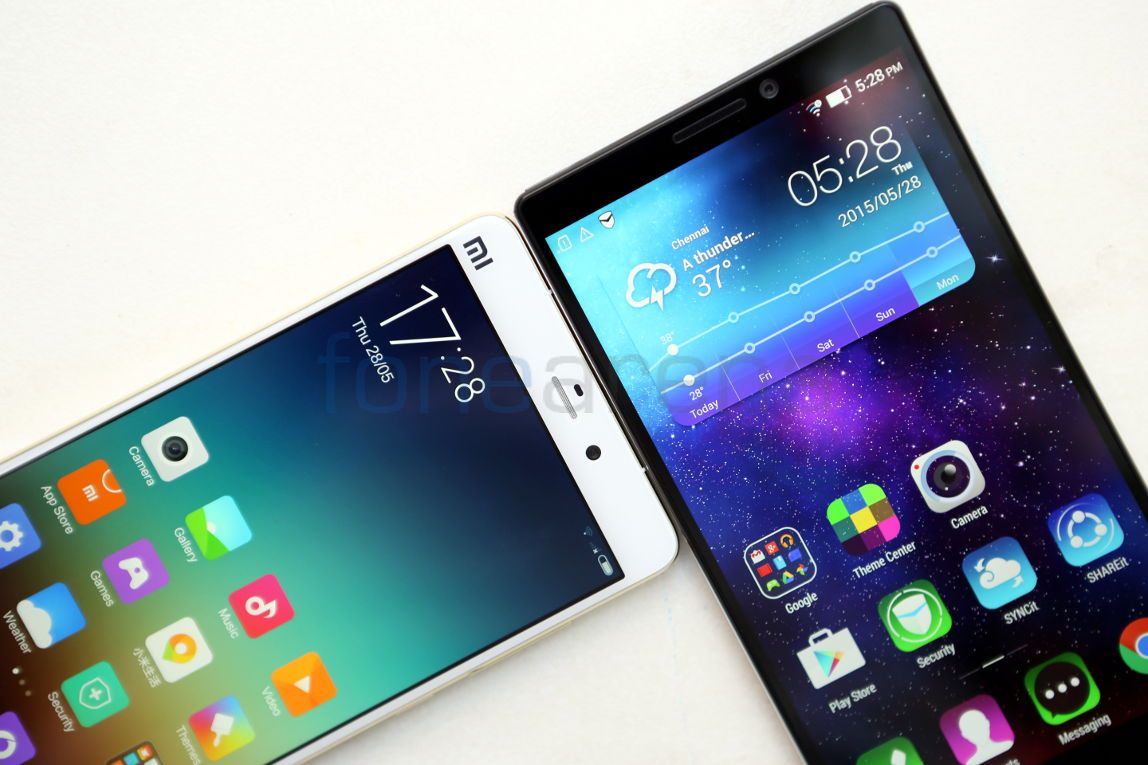 The Mi Note Pro has a Mi branding on the left, earpiece at the center and a 4MP front facing camera while the Vibe Z2 Pro has a 5-megapixel camera. 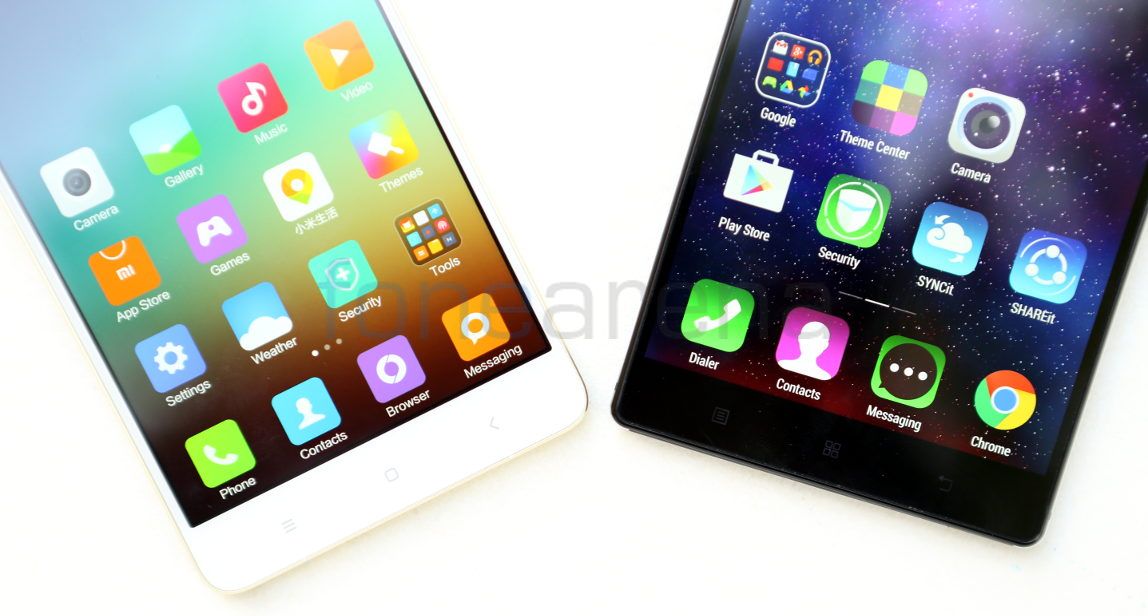 Both the devices have three capacitive buttons below the display. 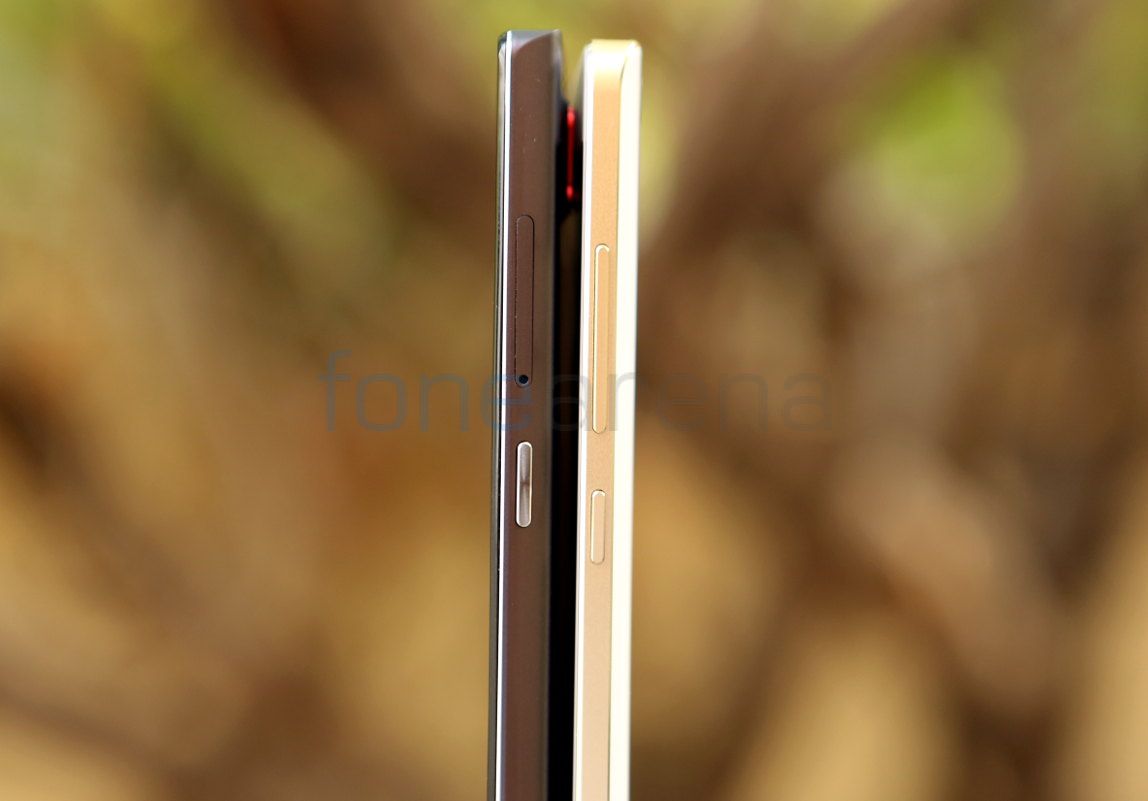 The power button and volume rockers are present on the right side of the Mi Note Pro while the Vibe Z2 Pro has a SIM card slot and power button is present there. 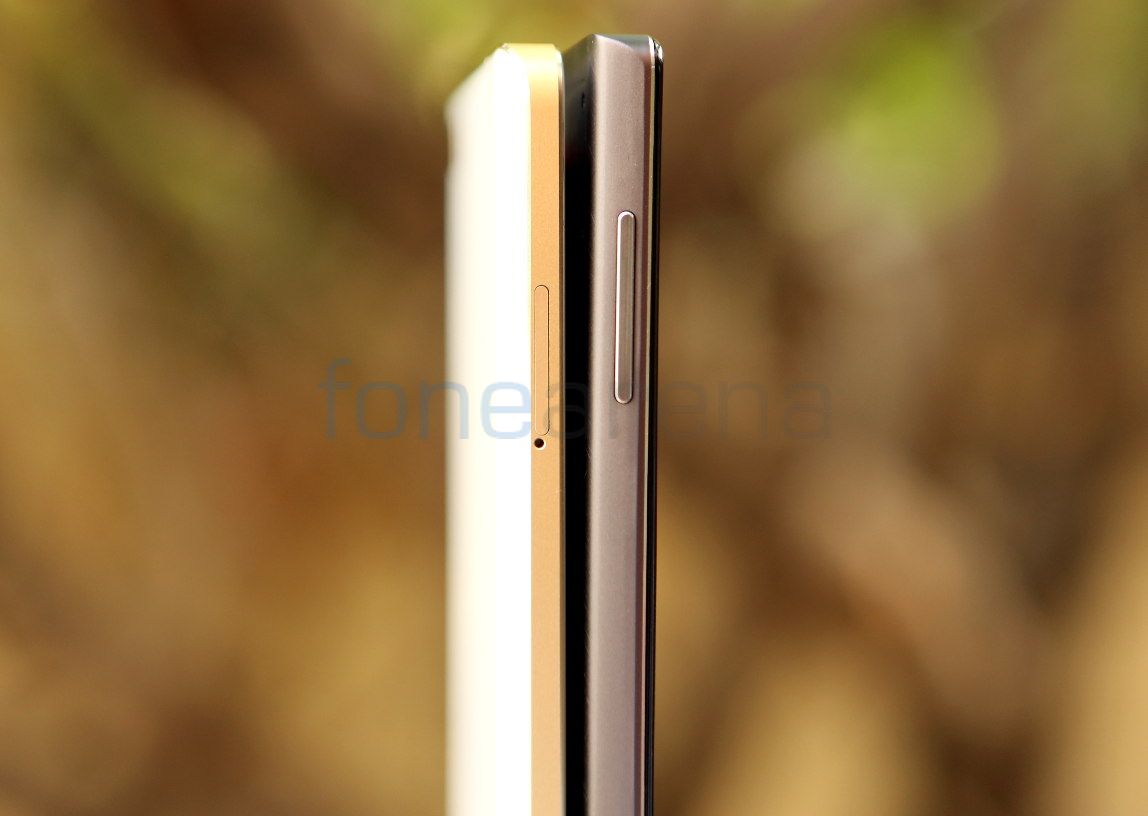 Mi Note Pro has a SIM card slot that has two trays for micro and nano SIM cards on the left where the Z2 Pro has the volume rockers. 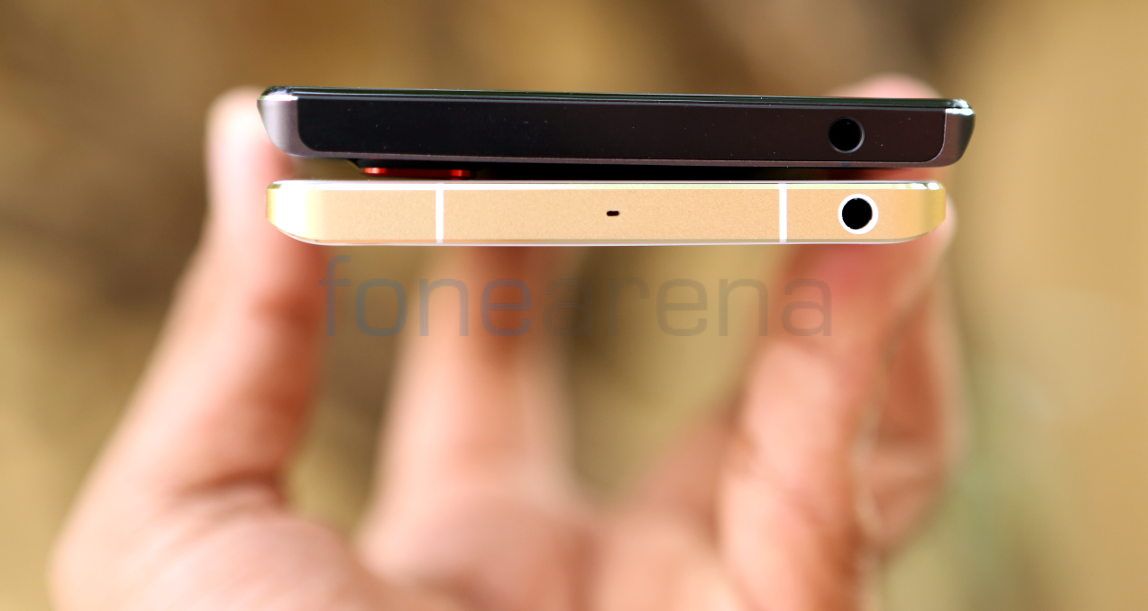 There is the micro USB port and loud speaker grills at the bottom of the both the phones. 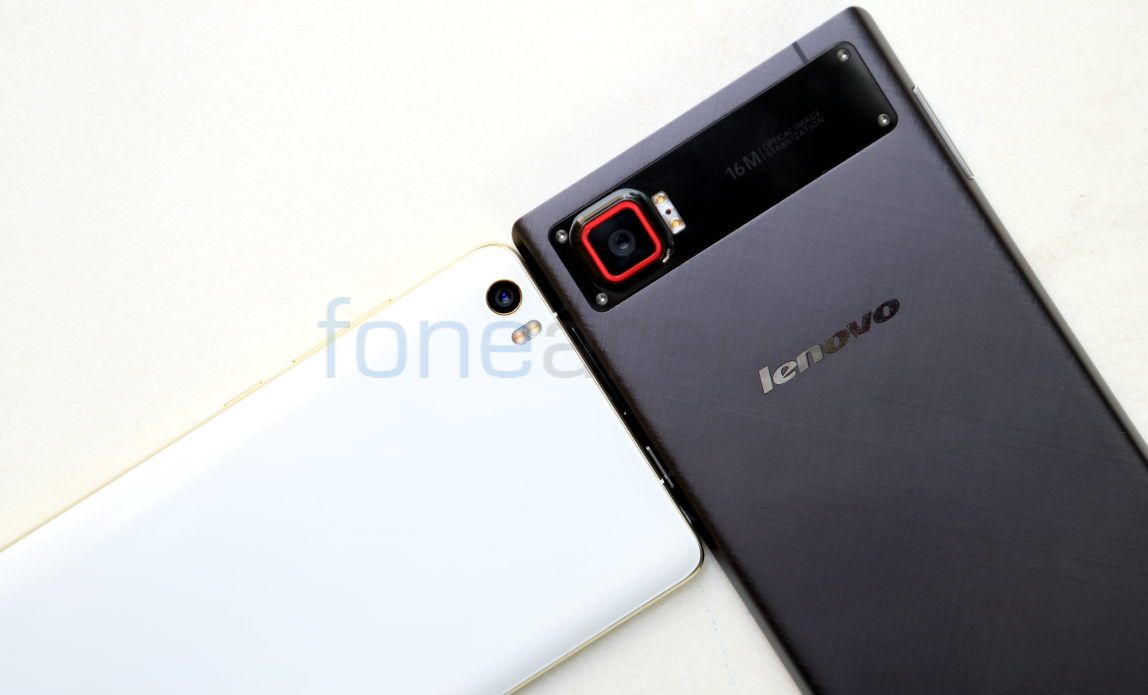 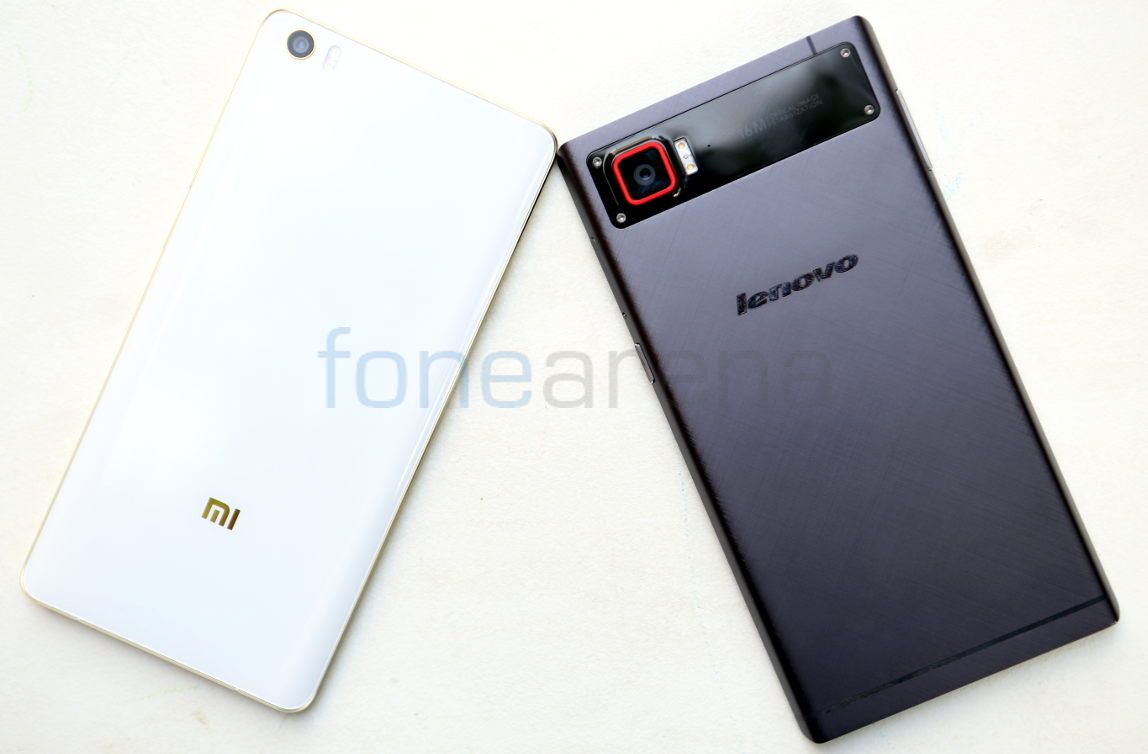