Google announced a number of improvements to Play Store that are targeted at developers. With the latest update, Play Store is getting developer pages and A/B testing for Play Store listings. 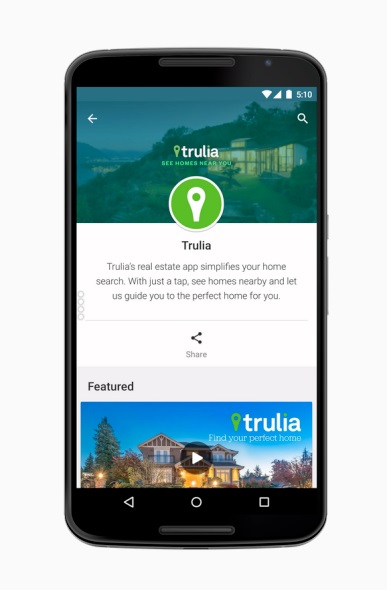 Developers can create unique homepage on Google Play to promote their entire app catalog. They can upload graphics, explain about their company and pick a special app to feature. Google stated that it intends to make developer homepages more prominent and easier to find. Play Store will also help guide users with broad interests (e.g. “shopping”) in a new search results experience with fashion or coupon apps.

Next up, Play Store is now allowing developers to A/B test individual listing pages for their apps. They will be able to set up a total of three variants along with a original listing. They can manage these tests from standard Google Play Developer Console. The Play Store will keep track of the user engagement on each page variation, allowing developers to better optimize their pages.  Google has also released Cloud Test Lab into developer console which will allow developers to automatically test their apps on hundreds of popular physical Android devices for free. The pilot program will roll out gradually, said Google. Google also introduced family friendly content for Play Store that promotes apps which are safe for kids at the I/O conference.