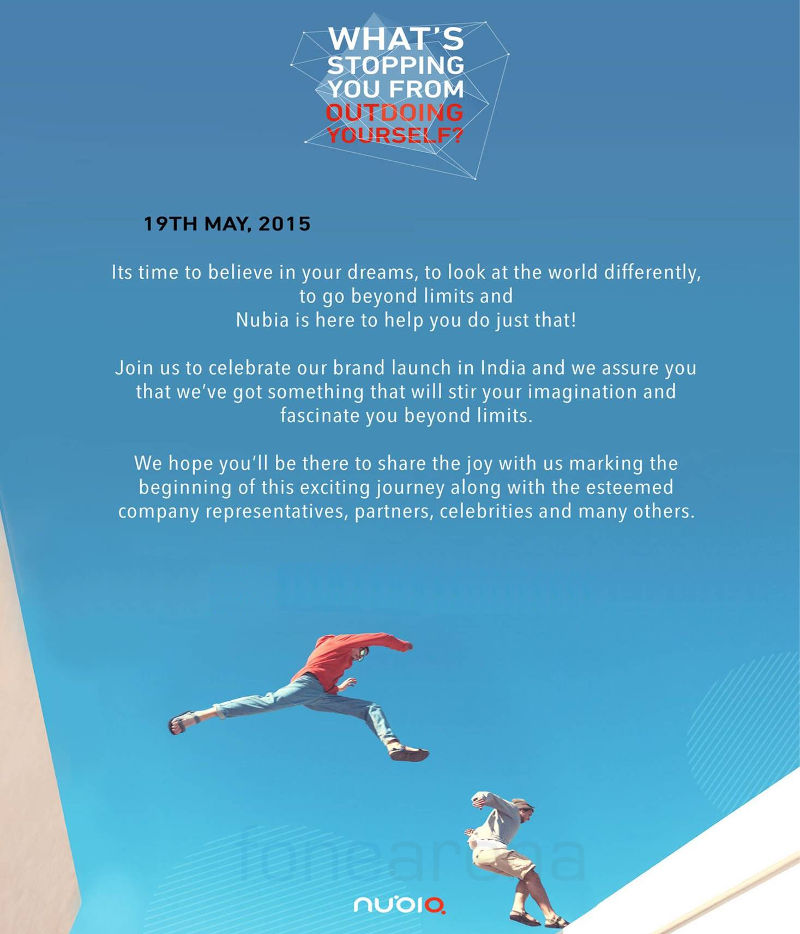 Last week Nubia announced that it will enter into the Indian market soon and launched a separate website for India. Today the company has sent out invites for the launch of its first Nubia smartphone on May 19th. Check out the invite below.

Nubia unveiled the nubia Z9, its new flagship smartphone at an event in China last week. It has a 5.2-inch bezel-less design with 2.5D glass, Octa-Core Snapdragon 810 SoC and Android 5.0 (Lollipop) with nubia UI 3.0. It introduced nubia Z9 Max and Z9 mini in China back in March. All the nubia Z9 series of smartphones have a 16-megapixel rear camera with Sony Exmor RS sensor, 6p lenses, LED flash and a 8-megapixel front-facing camera with 80-degree wide-angle lens.

We will be there at the launch on May 19th and will let you the devices nubia plans to launch in India first. Nubia has posted a teaser for their upcoming smartphone and also revealed its partnership with Amazon India.