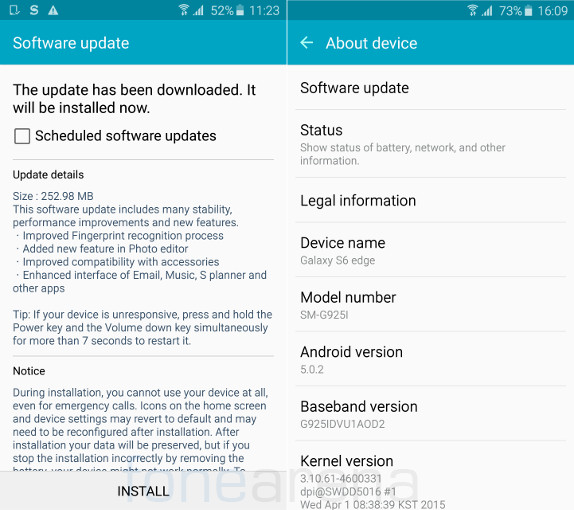 Samsung Galaxy S6 Edge went on sale in several countries including India today. We unboxed the smartphone today and received the first over-the-air (OTA) update once we switched on the phone and connected it to WiFi. This update adds many stability, performance improvements and new features, says Samsung. Check out the complete changelog below.