Twitter launched its live streaming app Periscope for iPhone last week and the micro blogging site is now rolling out first update to the app with new features and improvements. 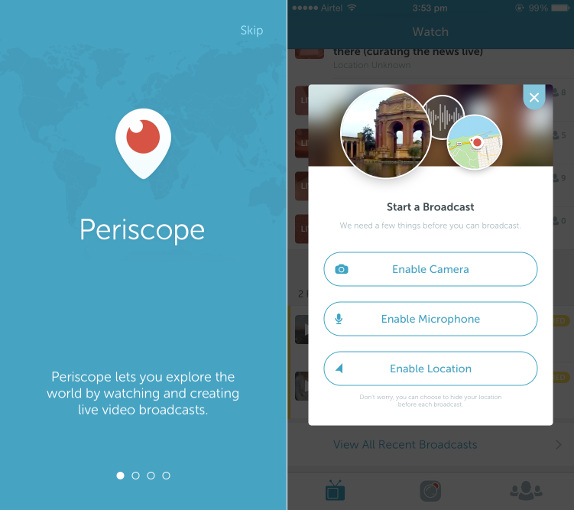 Firstly, the app now now displays broadcasts from people you follow at the top of your feed that makes it easier to access all the important content up front. The version 1.0.1 has received a minor tweak to the location sharing where the app has zoomed out the map showing broadcaster’s location. In addition, the latest update turns off notifications for new followers by default.

The app has also taken care of the error message that some users received when trying to Tweet their broadcast. If you see this error, you should check your iPhone settings ->. Periscope has also confirmed that it’s working on an Android version of its app. Periscope competes directly with Meerkat,but the app lets you replay the broadcasts when they are over, which is the one feature Meerkat app lacks.