An unidentified smartphone from Sony has been seen on the GFX benchmark. The listing shows the mid range device that has a model number – E2003/E2033. 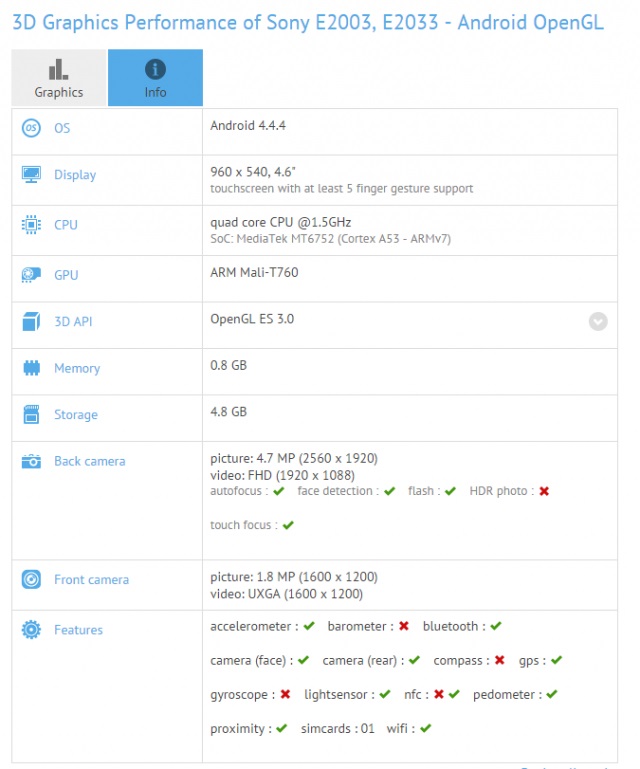 As per the benchmark listing the phone will sport a 4.6” display with a  540 x 960 resolution, a quad-core 64-bit MediaTek MT6752 with an ARM Mali-T760 GPU, 1GB RAM, a microSD memory card slot to complement the 8GB of internal memory. It will run on Android 4.4.4 KitKat and have a 5MP shooter at the back that does Full HD video recording, a 2MP front-facing camera and also support 4G LTE.

Xperia E4, a budget smartphone from Sony had leaked in December and is touted to be unveiled at MWC. The E2003/E2033 mid ranger might also be announced along with the Xperia E4 at the event.