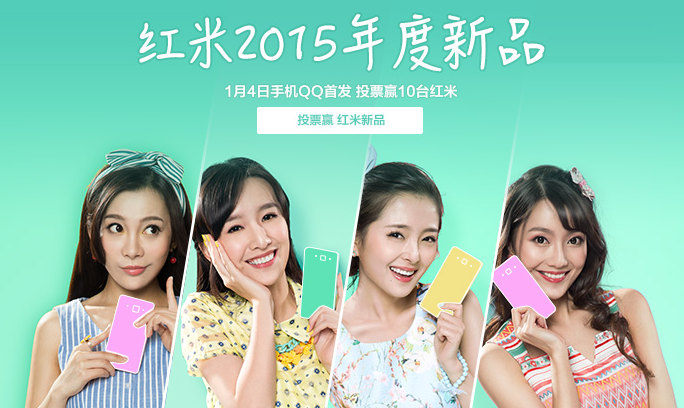 Xiaomi has announced that it will launch a new Redmi series smartphone on January 4th, 2015 in China. It will come with dual SIM support and LTE connectivity. Xiaomi has not revealed the complete specifications of the smartphone yet. It will come in a range of colors and will be available from QQ space. 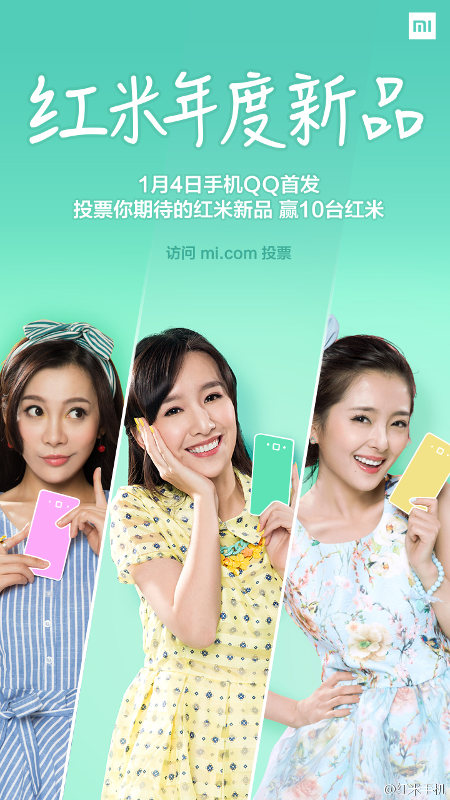 According to TENAA listing, the upcoming Redmi series smartphone is likely to come with a 4.7- inch HD display, powered by a Qualcomm Snapdragon 410 SoC, run on MIUI 6.0. based on Android 4.4, equipped with 8-megapixel rear camera with LED flash, 2-megapixel front-facing camera, 1GB RAM, 8GB of internal storage with expansion slot and a 2200mAh battery. It is expected be priced similar to the Redmi 1S.

Xiaomi already announced that it will launch a new flagship smartphone in January 2015, but the company is yet to announce a launch event. Lei Jun, Founder and CEO, Xiaomi said on weibo that the upcoming Redmi smartphone is just the beginning for 2015. Hope we can expect a range of smartphones from Xiaomi next year.