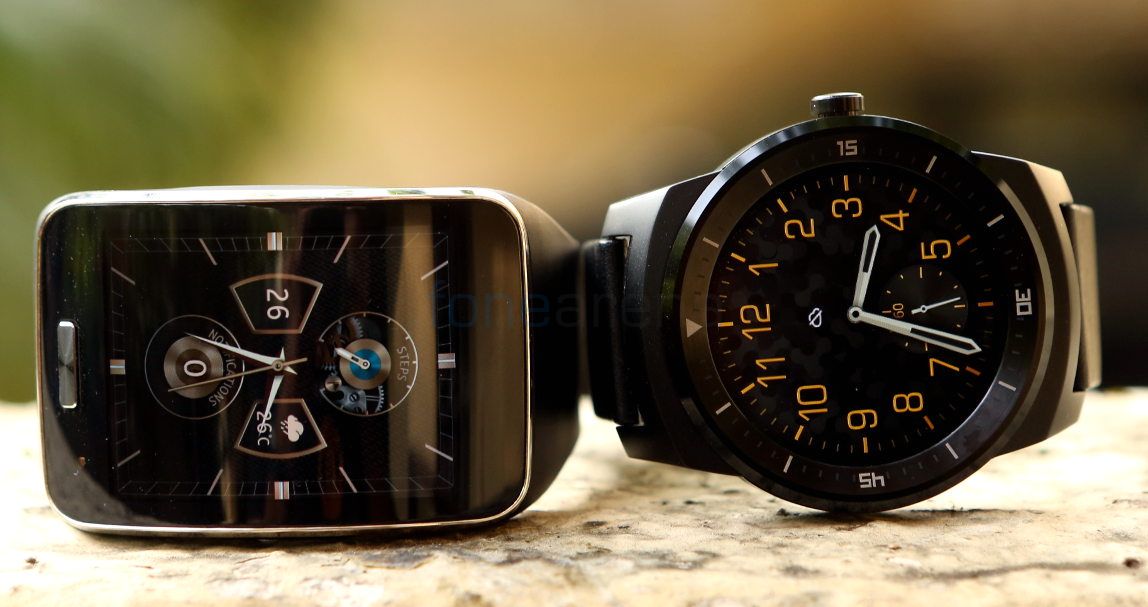 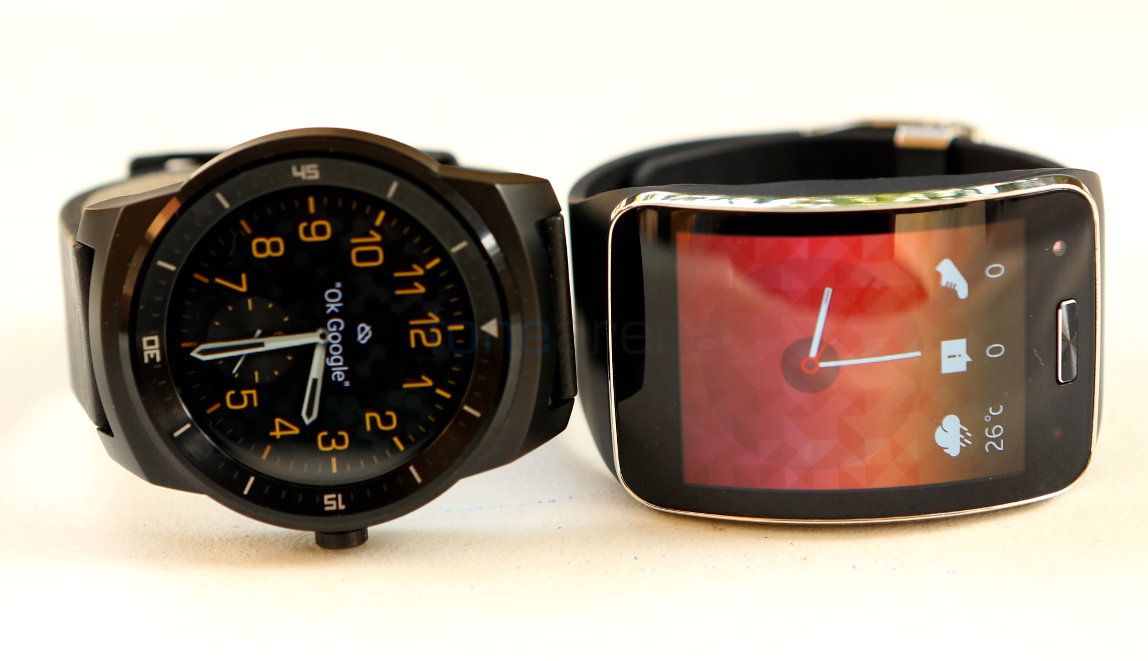 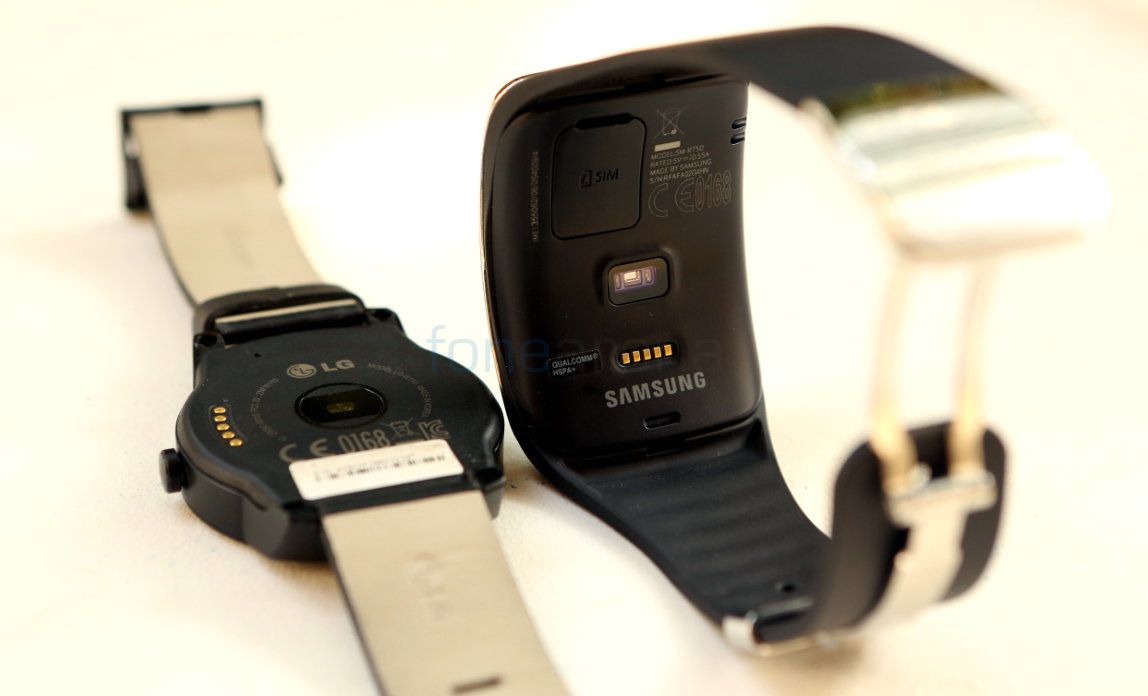 The G Watch R has pedometer, heart rate monitor and several set of sensors along with the Barometer. The Gear S also has sensors like Accelerometer, Gyroscope, Compass, Ambient Light, UV, Barometer. Both the devices are IP67 Certified for dust and water resistance. Both the devices have the heart rate sensor and charging pins below the device. The Gear S comes with a built-in SIM Card slot while the G Watch R does not have one.

The G Watch R has a button the right side while the Gear S has a home button on the center. The former supports 4.0 LE to connect to Android smartphones running Android 4.3 or later. The latter on the other hand supports 3G and Bluetooth 4.1. 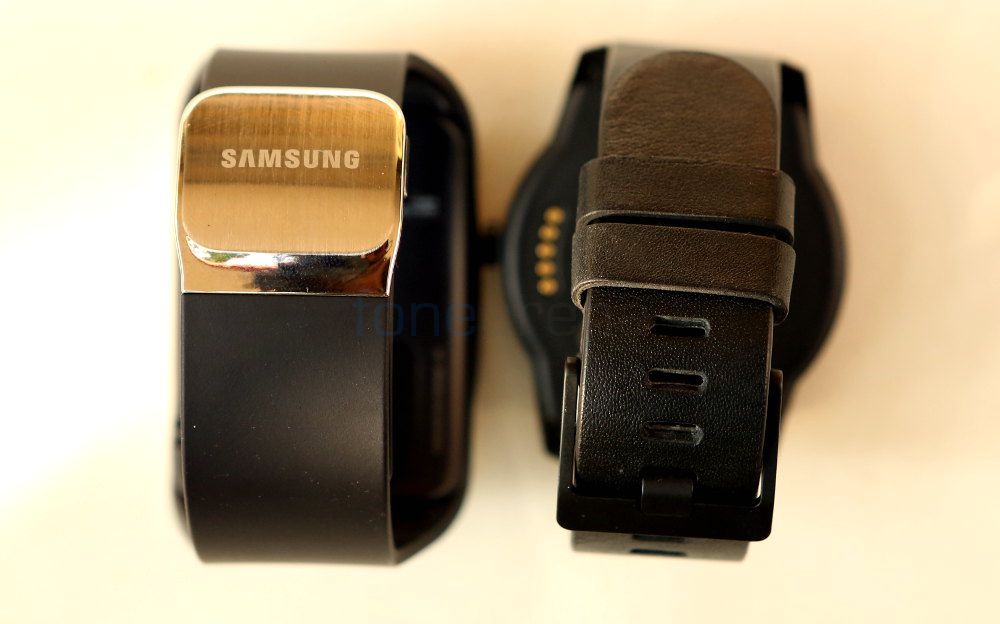