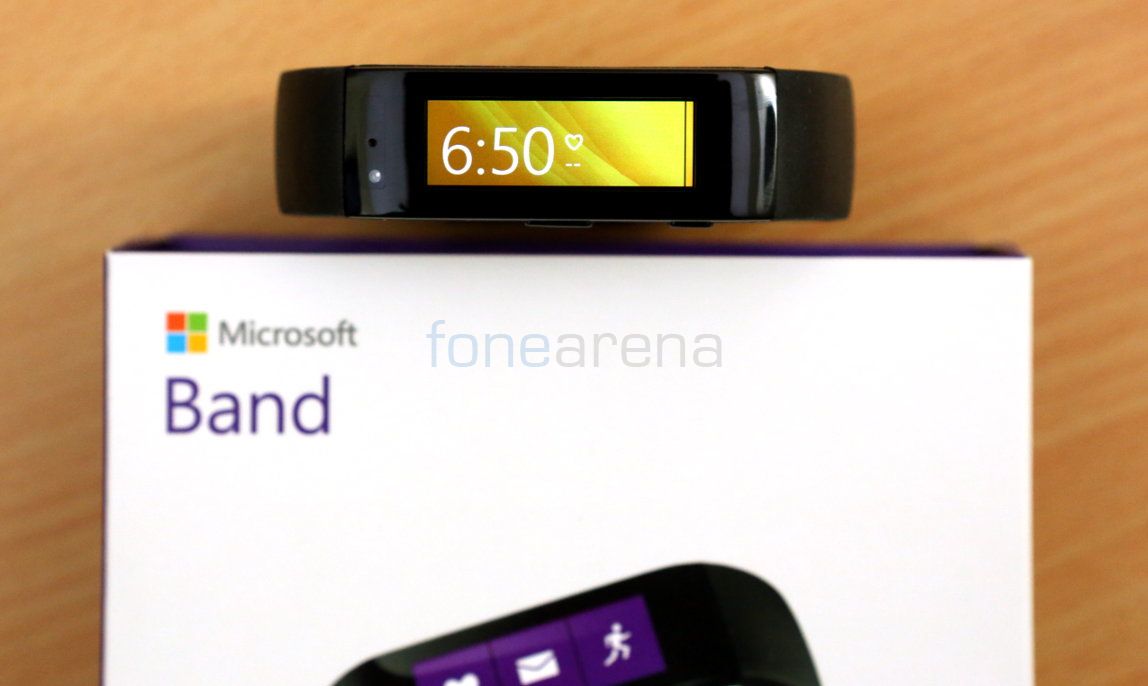 Microsoft introduced the Microsoft Band, a fitness tracker for US$ 199. This is the first fitness band from Microsoft, and it works with Android and iOS devices too, in addition to Windows Phone 8.1 devices. We managed to get one from the U.S. Here is the unboxing of the Microsoft Band. 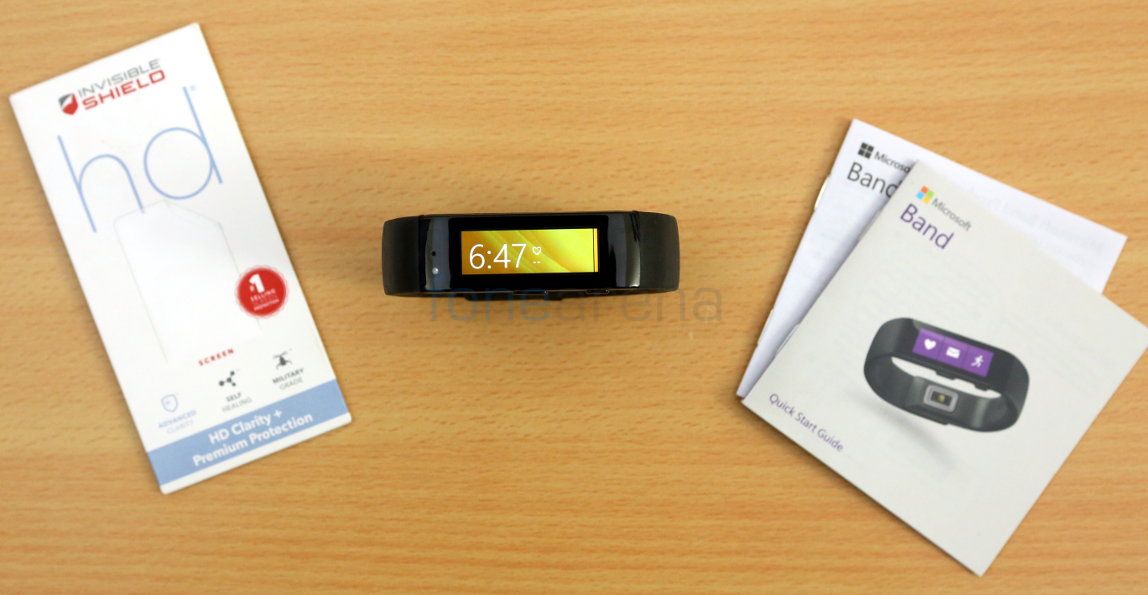 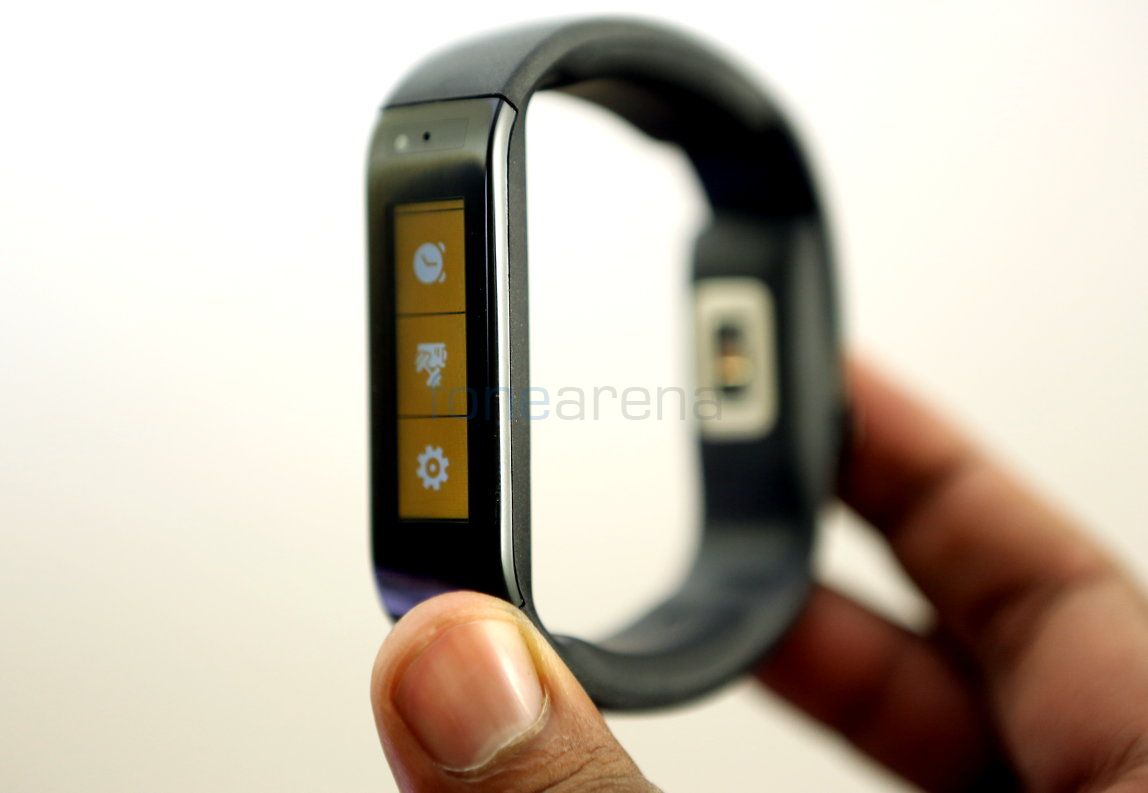 The Microsoft Band has a 1.3 x 0.43-inch,320 x 106-pixel TFT LCD touch screen display. On the front there is a microphone that lets you speak out voice commands since it has Cortana integration. It has an Ambient light sensor next to the microphone. 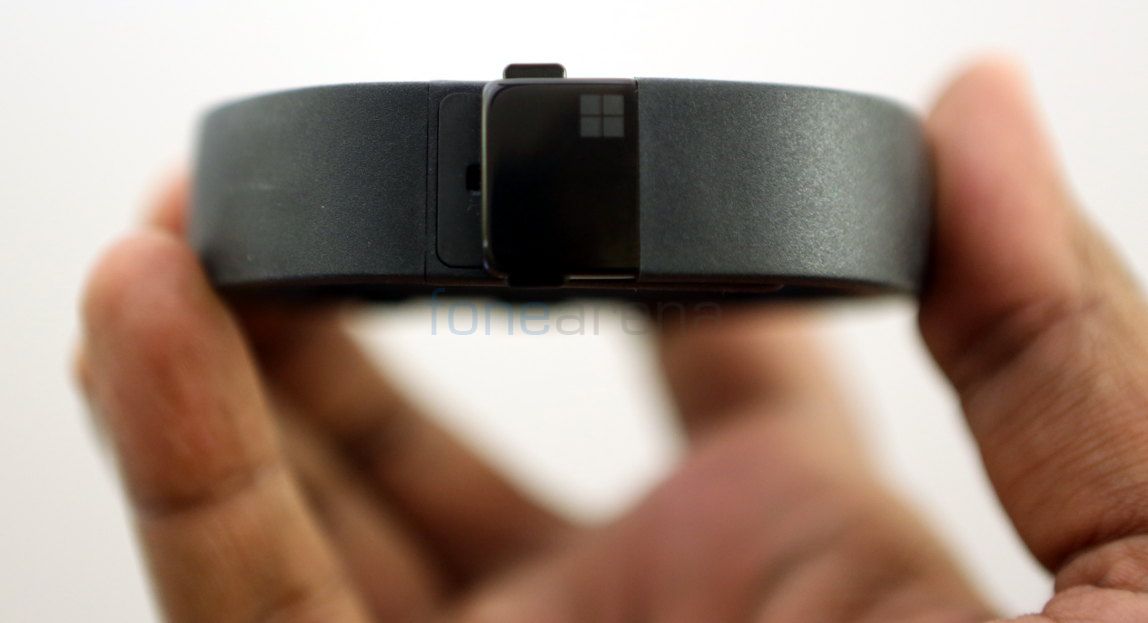 The band comes in different sizes – small (39mm), medium (41mm) and large (49mm). You have to choose the size that suits you. The band looks huge, weighing about 60 grams and has two 100mAh rechargeable Lithium ion batteries on the sides of the band. It promises 48 hours of battery life with normal use. 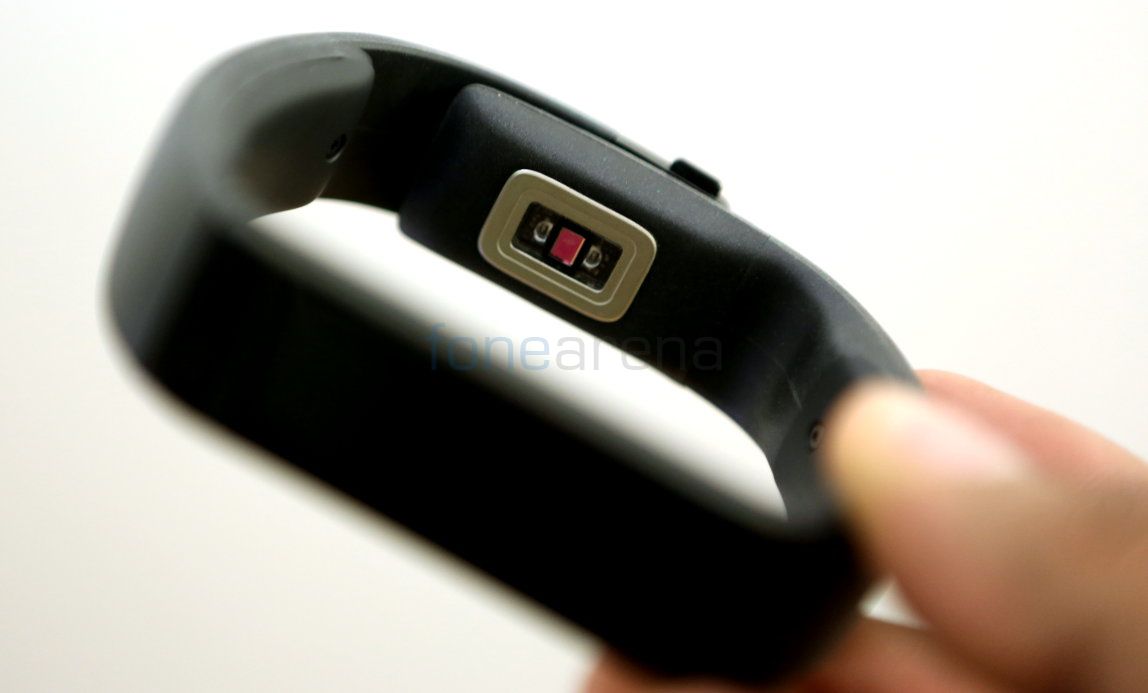 There is a heart rate sensor at the other end of the strap that offers 24-hour heart rate tracking. The band is sweat and splash resistant, but it is not completely water-proof.

The charging connector is present on the back of the display. Other than fitness tracking, it also offers automatic sleep tracking. Since it has built-in GPS, it lets you map the routes you’ve run, biked, or hiked. 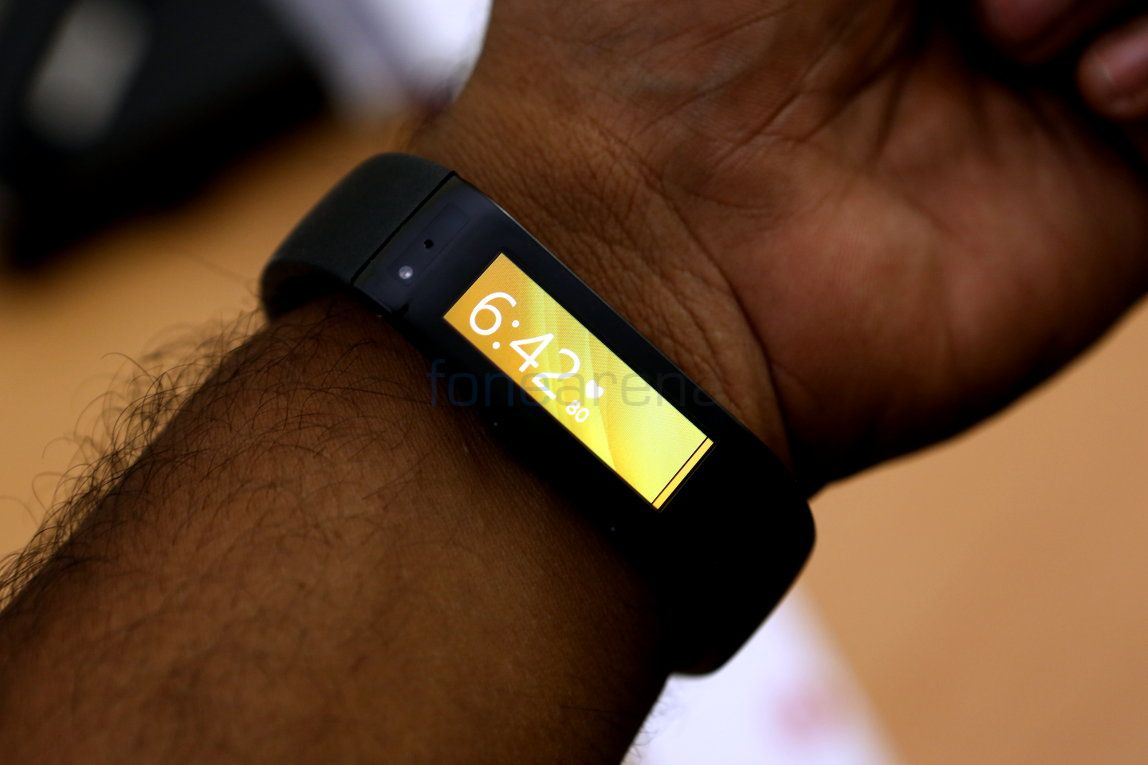 The band even has Galvanic Skin Response (GSR) sensor or skin temperature sensor and a UV sensor to measure UV radiation. Microsoft also introduced Health that will work with Jawbone UP, MapMyFitness, MyFitnessPal and RunKeeper in future. It is currently on sale only in the US, but the company plans to expand to other countries in coming months based on feedback.