Samsung Galaxy Alpha, the company’s latest compact smartphone is gaining a lot of attention thanks to its premium build. We took the device for a spin a couple of days ago and you can read our detailed review to know more about the Alpha. 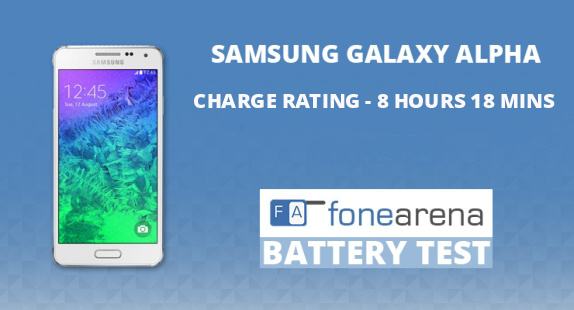 We introduced our all new battery test previous week and as promised we are now coming to you with the numbers that matter the most.

Samsung Galaxy Alpha is the first smartphone to undergo our battery test. The smartphones comes in two versions – one with the company’s own Exynos chipset and one with Snapdragon 801 SoC. Both the options sport a relatively small 1,860mAh battery, but does it provide enough juice to sustain an entire day? Well, let’s find out.

The unit that we have in our labs is powered by an Exynos 5430 octa-core chipset, which basically is a combination of four Cortex A7 cores and four Cortex A15 cores. The silicon has the ability to fire all the eight cores at once and comes with a power optimized Exynos modem.

In our call test, the Samsung Galaxy Alpha managed to sustain for over 14 hours, which is a great number especially after considering its small battery capacity. 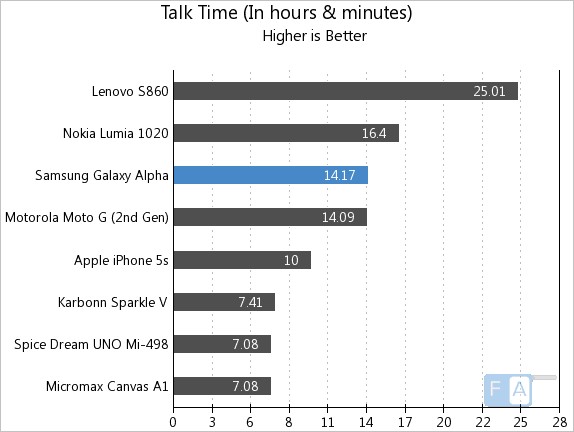 We have found out that 3G web browsing is most battery consuming task that a smartphone does. Our test reveals that the battery on the Galaxy Alpha will last for about 2.56 hours of 3G web browsing before it complete dies. 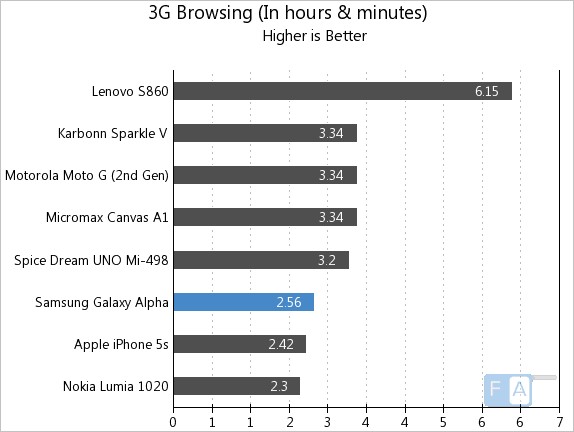 The Samsung Galaxy Alpha lasts for more than 8 hours on Wi-Fi browsing, which is far more than what other smartphones with a similar battery size have got to offer. 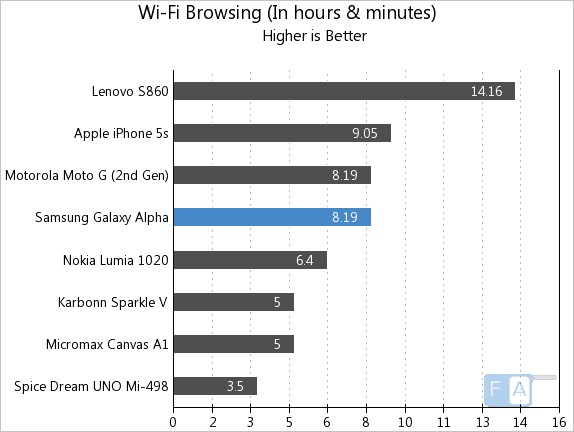 The video playback time offered by the Galaxy Alpha is quite similar to its Wi-Fi browsing time. The device will last for about 7.41 hours, which means that you can watch 2 full movies before the need to refill the battery. 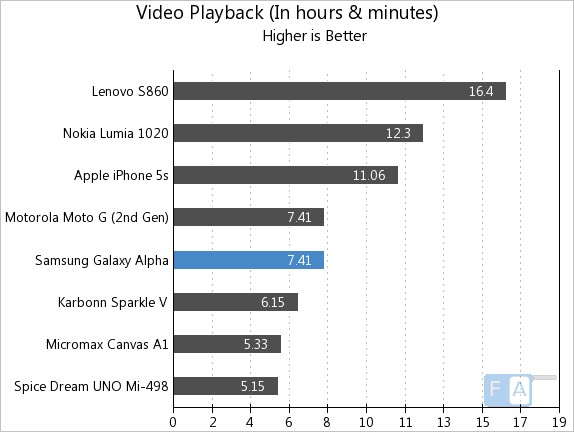 Our final 24 hour charge rating is 8:18 hours. This means that the Galaxy Alpha can be used for about 8 hours and 18 minutes straight before you need to find a power source to charge the battery. So, if you are a moderate consumer then the 1,860mAh battery will easily last an entire day. 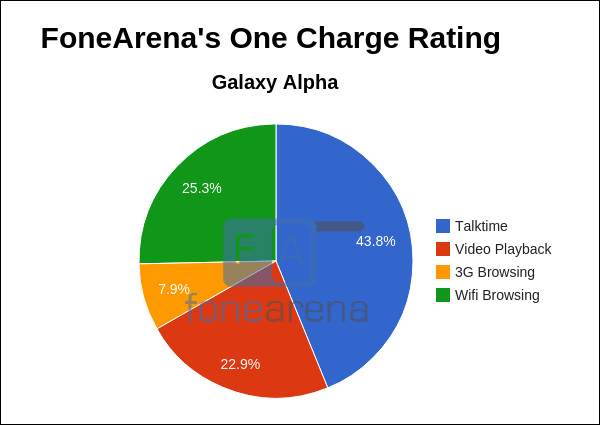 Our charge rating is basically the combination of how much talking, browsing on 3G, Wi-Fi and video playback you can do on one full charge.