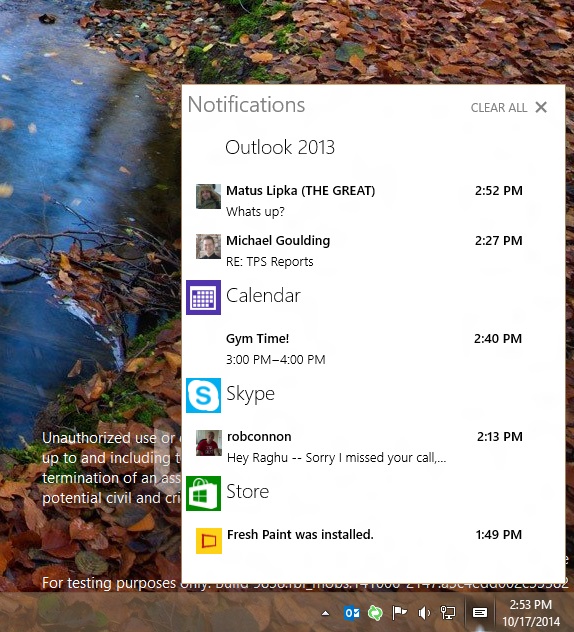 The update is available to people running Windows 10 through the Windows Update method. Some of the main features of the recent update is the addition of Action Center for Windows PCs, apps that can be moved between monitors, and an animation for switching between desktops. Microsoft says that future builds will add more capabilities to the notification center, such as the ability to take actions in response to notifications like new emails and invites to IMs, Facebook posts and more. It also will add quick actions and cleaner UI.

“This is the first update build to Windows 10 Technical Preview, and we’ll continue to deliver more as part of the Windows Insider Program. Sometimes they’ll be more frequent and sometimes there will be longer gaps, but they will always be chock full of changes and improvements, as well as some bugs and things that are not quite done.”

The new feature even includes a keyboard combination: WIN+SHIFT+arrow will move the active app to another monitor. A new option to the Preview builds menu that lets you indicate how frequently you would like to see updates. You can now pick between slow and fast settings to get updates quickly with potential bugs, or slowly with a little more stability.

The download will range between 2GB and 2.74GB depending on CPU architecture and language.