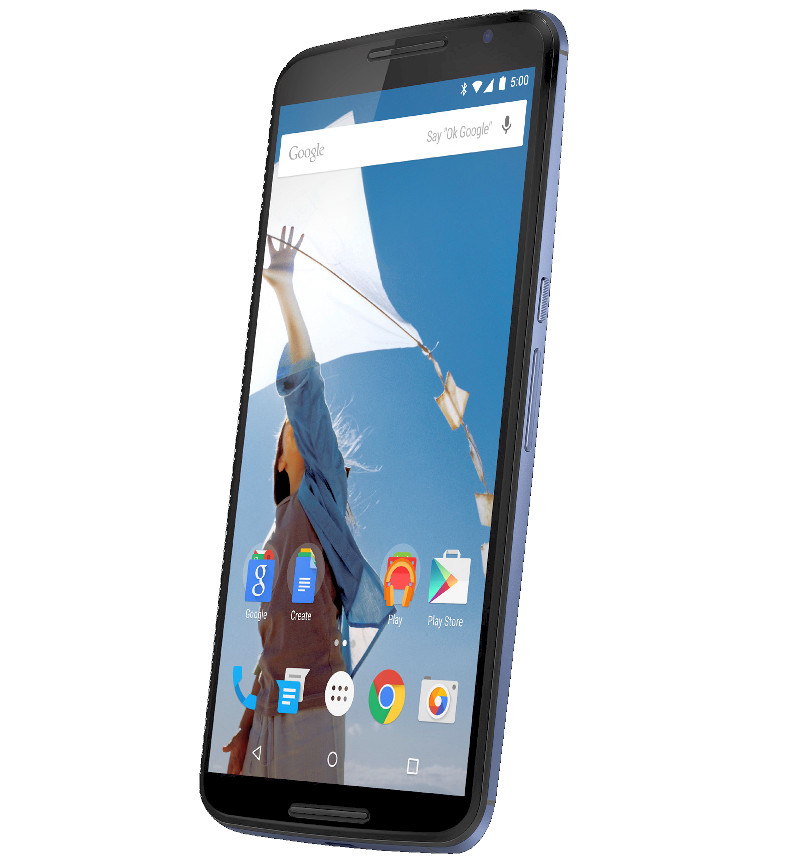 We had already seen several leaks about a Motorola-made Google Nexus 6, including a render and even some live images. Now a press render of the smartphone has surfaced, thanks to @evleaks. This shows the side profile of the smartphone. It has also popped up on AT&T website (Via) as a placeholder, which shows the Motorola Nexus 6 name and a possible contract price of $49.99. This would be the first Nexus smartphone heading to AT&T.

According to earlier rumors, the Nexus 6 would come with a 5.9 inch (2560 x 1440 pixels) screen and come with the same design as the new Moto X. It is rumored to be powered by a quad-core Snapdragon 805 processor, 3GB of RAM, 32GB of internal storage, a 12-megapixel rear camera, a 2-megapixel front-facing camera and 3200mAh battery. It will come with Android L.

Several reports point to October 15th launch, which is few hours away. Google is also expected to launch the Nexus 9 tablet made by HTC along with the Nexus 6.