PC shipments during Q3 did better than expected, dropping just 1.7 percent instead of the previously estimated 4.1 percent drop, according to a latest report from IDC. 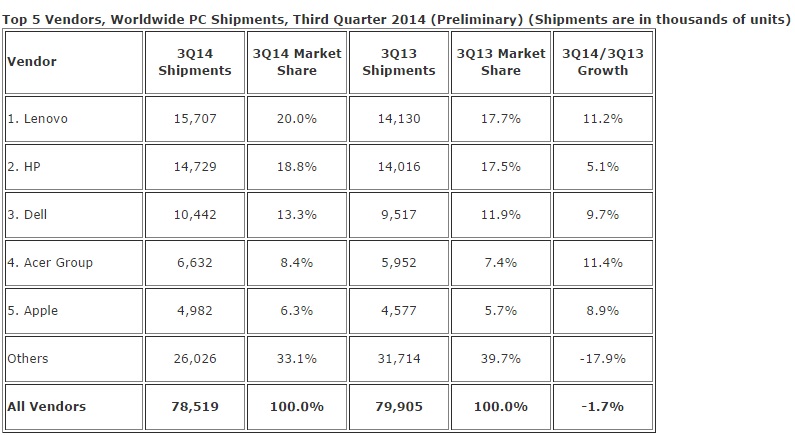 “Although shipments did not decline as much as feared, these preliminary results still show that 3Q14 was one of the weaker calendar third quarters on record in terms of sequential growth. The third quarter has historically been driven by back-to-school sales and renewed business purchasing, which were weaker than normal this year. The current growth of lower-priced systems, while encouraging in the short run, brings concern for the long term viability of vendors to adequately remain in the PC space.”

The report further revealed that emerging markets posted a disappointing performance, however a stronger-than-expected consumer demand was seen in Asia/Pacific.