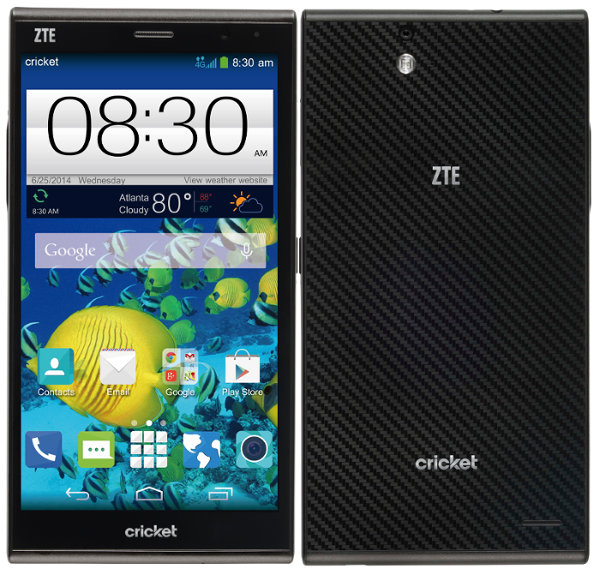 ZTE has announced Grand X Max for Cricket Wireless in the US. It has a 6-inch (1280 x 720 pixels) HD display, powered by a 1.2 quad-core Snapdragon 200 processor and runs on Android 4.4 (KitKat), similar to the Grand Memo II LTE that was announced earlier this year, but this has a 8-megapixel rear camera with LED flash and a 1-megapixel front-facing camera.

It comes with apps like Kindle, Evernote and Kingsoft Office and more.

The ZTE Grand X Max comes in black color and is priced at US$199.99 without contract. It would be available from Cricket stores in the U.S.  and online starting October 10th.

[Update: It has a quad-core Snapdragon 200 processor, and not a Snapdragon 400 chip as mentioned earlier.]