Last month specs of the Motorola’s Verizon Turbo were leaked. Today, some more details along with the photo have been leaked by HelloMotoHK. 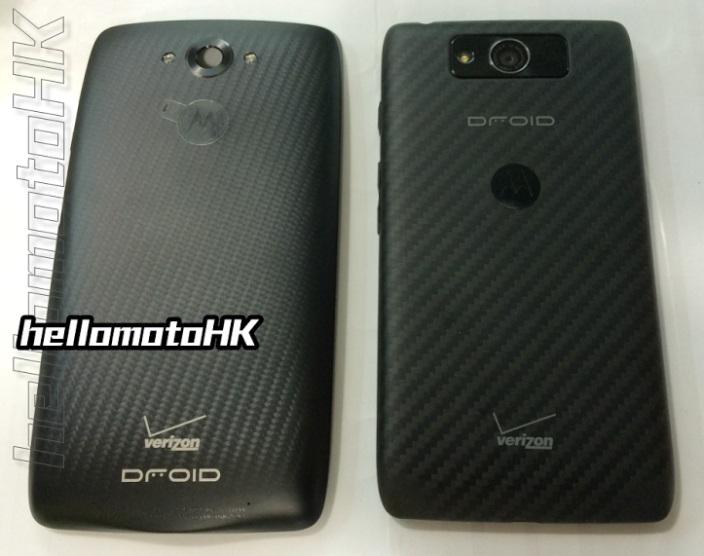 As per the images, the phone looks similar to the new Moto X and has the carbon fiber skin wrapping all the way around the frame. It has a large camera lens at the rear with dual LED on either side. The device is expected to have a 20MP rear and 2MP front facing camera. Droid Turbo is expected to offer the stellar battery life of Motorola’s Droid Maxx phones and support quick charging. 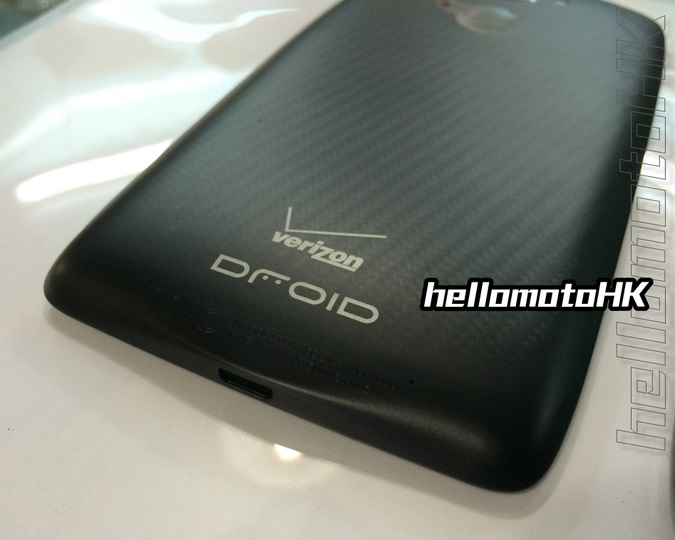 Previous reports had revealed specs likea powerful 3GB of RAM, 32GB internal storage but no word of microSD card slot.  Although, it is not seen in the image, the phone will have front speaker grills.

Motorola and Verizon had previously teamed up to introduced the DROID ULTRA, DROID MAXX, and DROID Mini in July 2013.