Currently there are only two Google Play Edition(GPE) devices are left the Moto G and HTC One M8, as a result of the cleaning by Google. As Galaxy S4 GPE has made its exit from the store, it is not known yet whether Samsung will announce a Galaxy S5 GPE instead. Generally, phones with a successor are taken down from the store and hence we saw Google take down the HTC One M7 as it has a successor M8. 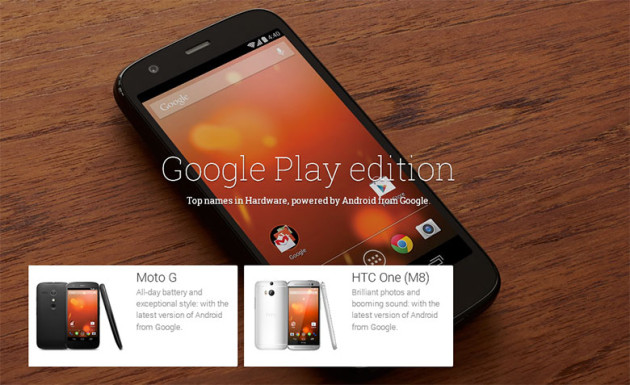