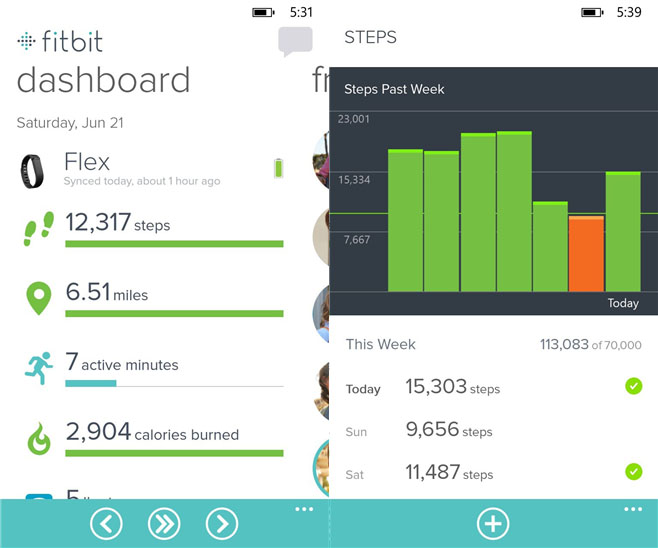 Users of Windows Phone devices have long been left out of the fitness bands and wearables group due to lack of official applications on the platform. Earlier this year, Microsoft had claimed that it was working on changing that. With the Windows Phone 8.1 update, the mobile operating system got much improved bluetooth support including much needed Bluetooth LE support which is most important for low power wearables. Fitbit is the first company to take advantage of it.

As stated on the product page, the key features include:

The company aims to make its application for the wearable fitness tracker available on the Windows Phone 8.1 app store. As expected, the application has all core functionality including automatic syncing as well as real time stats. it is also possible to log nutritional information through the food database. Prospective users will need a device running Windows Phone 8.1 and the Lumia Cyan update in addition to Fitbit hardware of course. While only one of many fitness trackers out there, it is a move in the right direction and as the elephant in in the room, it should motivate others to target Windows Phone as well.