Mobile gaming phenomenon Candy Crush Saga maker King is back with the sequel of the popular game. Dubbed as Candy Crush Soda Saga, the game is currently available in Canada, Sweden, Spain and the Netherlands. 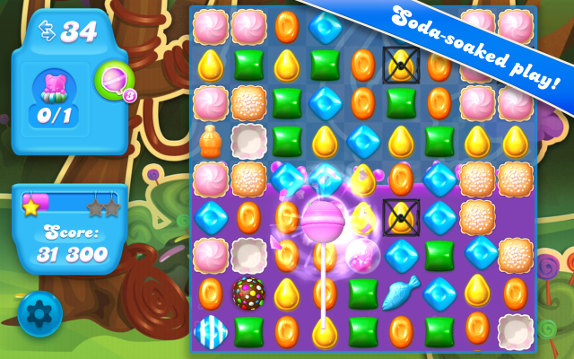 The sequel is almost on similar line of the original game however instead of matching chocolates and candies,  players will have to match sodas. Also, the  match 3 gameplay type is the same and the treats are of a liquid base instead of solid and has 75 levels. A new addition to the game is that it gets purple soda, that makes the candies in the grid float up instead of fall down.There is even a new purple block that helps to create new match possibilities and likely make for more challenging levels.

No official word about the global release by the King so it looks like players in India will to have to wait.