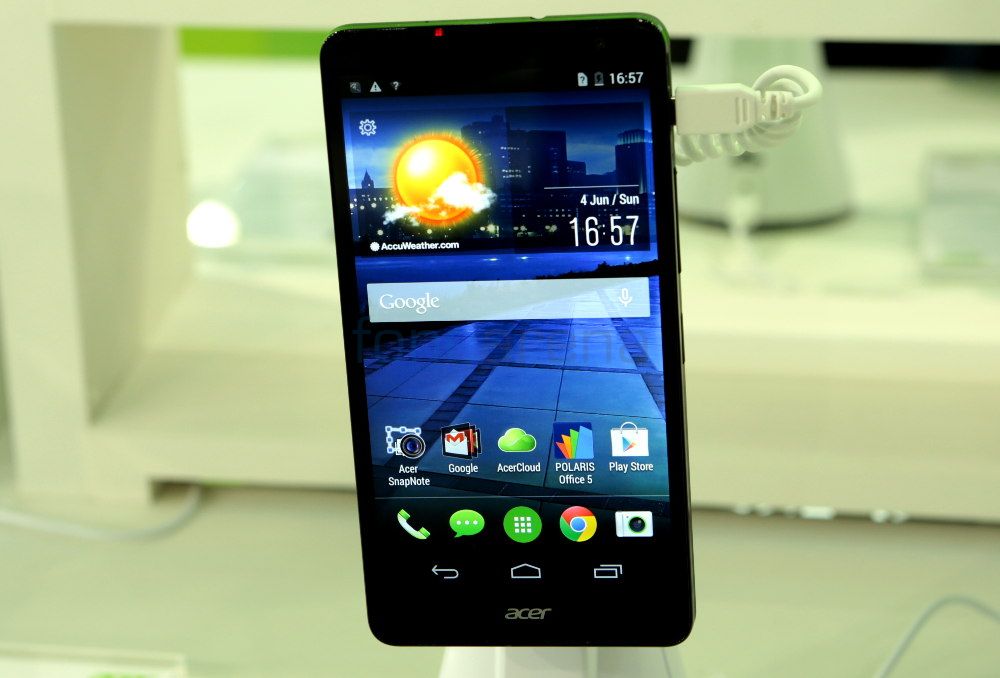 Acer unveiled the Liquid X1 last week, ahead of this week’s Computex 2014 in Taipei. We got to check out the smartphone. It is powered by a octa-core MediaTek MT6592 processor and also has 4G LTE connectivity. It feature a large 5.7-inch HD display and runs on Android 4.4 (KitKat) with custom UI on top, similar to most other smartphones that were launched at the event. Check out the hands on below. 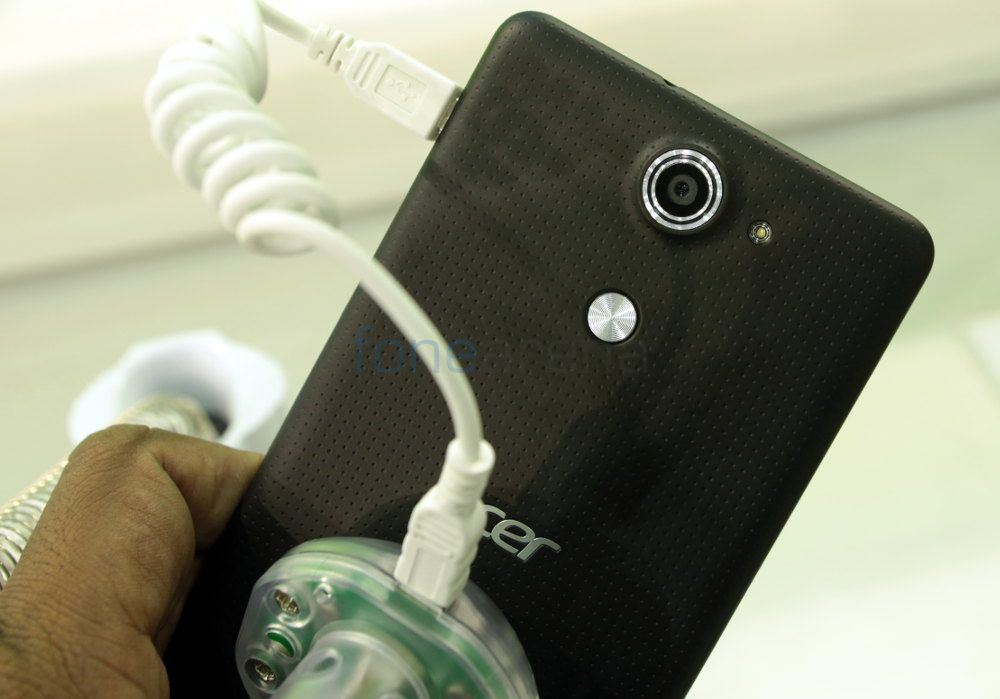 It has a 13-megapixel rear camera with LED flash and also has a AcerRAPID key below the camera that lets you launch several applications or the camera easily. The Acer Zoom Fit feature reduces the user interface to just 4-inches for one handed usage. The back has matte finish that gives you a comfortable grip. It would be available in black and red colors starting from Q3 2014. Check out more images below.