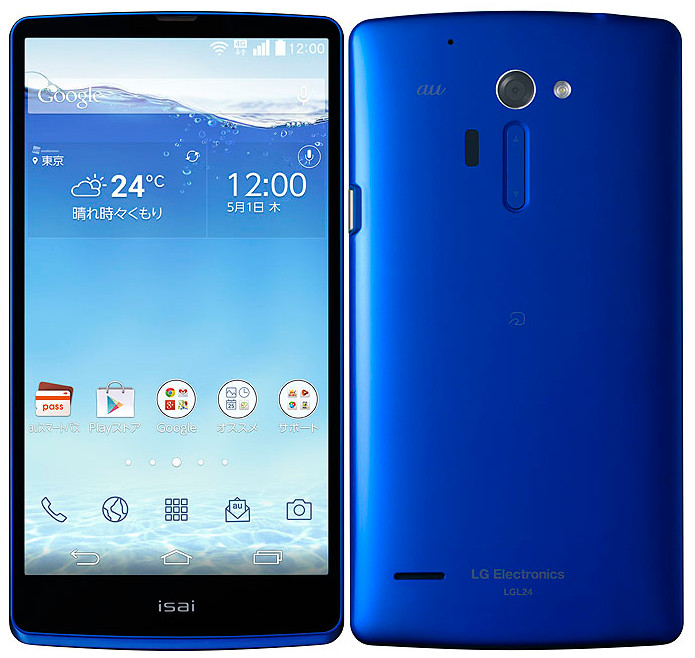 LG Isai FL (LGL24) for Japanese operator KDDI that leaked last month is now official. It has a 5.5-inch (2560×1440 pixels) Quad HD IPS display, powered by a 2.5 GHz quad-core Snapdragon 801 processor with Adreno 330 and runs on Android 4.4 (KitKat) with LG’s own skin on top. It has a 13.2-megapixel rear camera with LED Flash, 4K video recording and a 1.3-megapixel front-facing camera. 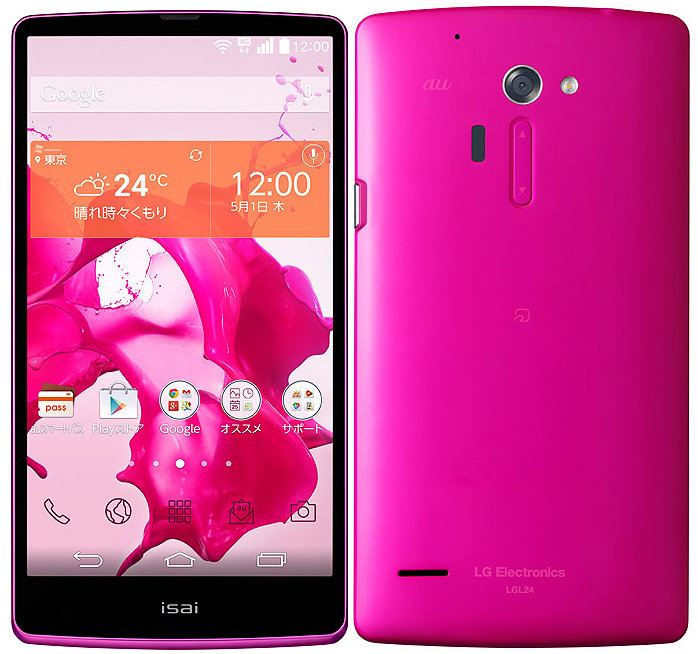 It is also waterproof and comes with Q slide dual-window feature for multitasking, isai motion feature and LG’s KnockON with Knock Code customization. It has a unique design with LG’s signature rear buttons. The LG G3 is also expected to feature the same Quad HD display.

The LG isai FL comes in White, Blue and Pink colors. It would go on sale in Japan through KDDI by the end July 2014. No word on pricing yet. This is not likely to be released outside Japan.