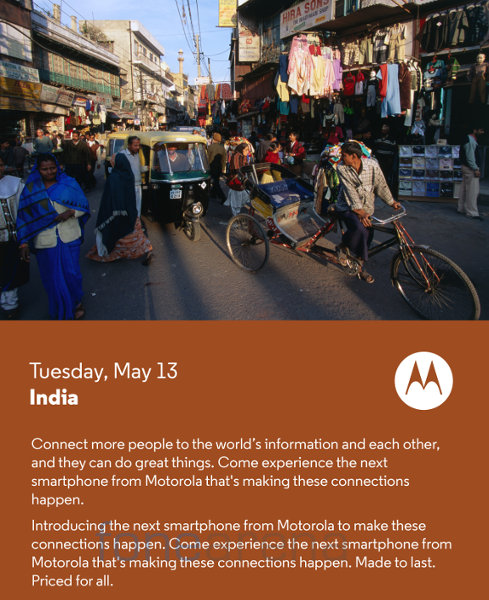 Few hours back Motorola announced that they would unveil the company’s next smartphone at an event in London. Motorola has just sent us an invite for the India launch event on the same day as the London event. Yesterday LG announced several simultaneous events on May 27th and 28th to unveil their upcoming flagship, the LG G3.

The launch invite is same as the invite for London that reads Made to last. Priced for all. This hints at an affordable smartphone that could be the rumored Moto E. According to earlier rumors the Moto E would come with a 4.3-inch display, 1.2 GHz dual-core processor, 5MP rear camera, Android 4.4 (KitKat), 1GB RAM, 4GB internal storage and a 1900mAh battery. It is also expected to come with dual SIM support.

The Moto G that starts at Rs. 12,499 was a huge success. It could once again partner with Flipkart to sell the smartphone. Let us wait for a few more days to find out what Motorola has to offer.