WhatsApp had announced in February this year that it will add voice calling feature to it platform in Q2 of 2014. The popular mobile messaging platform which was acquired by Facebook recently, is a leader in the mobile messaging space with over 465 million monthly active users. 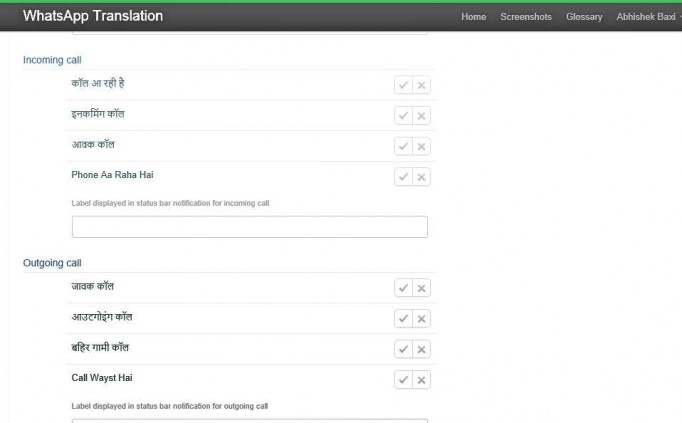 The requests show new entries for “Hang up”, “Incoming call”, “Outgoing call”. Translations are usually one of the last things developers do before rolling out an international product, so this might be a clear indication that the feature will be added soon to the platform. WhatsApp CEO Jan Koum had announced at the MWC 2014 that the voice calling feature will first come to Android and iOS and later to Windows Phone and Blackberry devices.

Prior to the recent leak, an Italian blog had posted screenshots taken from WhatsApp for iOS that supports voice calls. Meanwhile, Facebook recently added voice calling to the Messenger app on Android. WhatsApp’s voice calling feature with the likes of Skype, Viber, Nimbuzz and others.