The long awaited Samsung Galaxy S4 was launched in India today to provide tough competition to the HTC One and Sony Xperia Z. As expected, it is the Exynos Octa version of the handset that has been launched in India. Developed by Samsung and using the ARM big.LITTLE architecture, the handset is expected to deliver exceptional battery life. 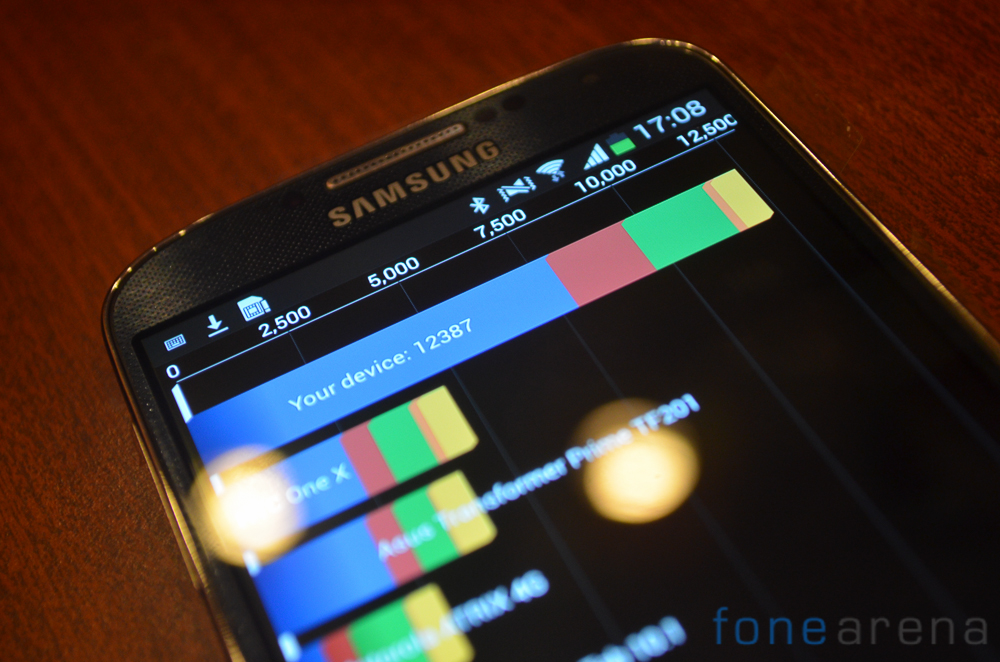 While the chip does have eight processing cores, the heavy lifting is to be done by four of the Cortex A15 type chips clocked at 1.6 GHz. Meanwhile the remaining four Cortex A7 chips running at 1.2 GHz will assist during less intensive tasks. ARM’s hypervisor working at the kernel level will switch between the A7 and A15 cores depending on intensity of the task involved. While we’ve just begun to scratch the surface of the Samsung Galaxy S4, here are a few preliminary benchmarks to give you an idea of the kind of performance to expect.