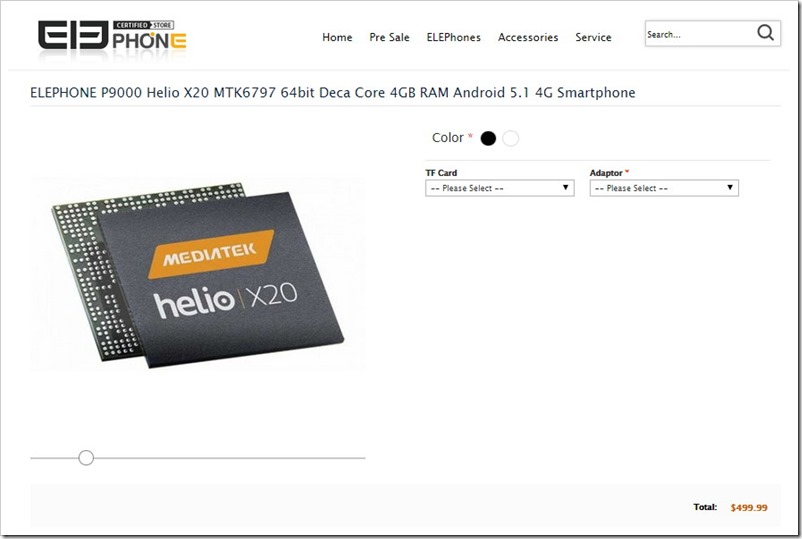 Elephone is apparently working on a new phone called the P9000 which is set to become the first smartphone that is powered by a deca-core processor, namely the Mediatek Helios X20 MT6797 and it will be released later this year.