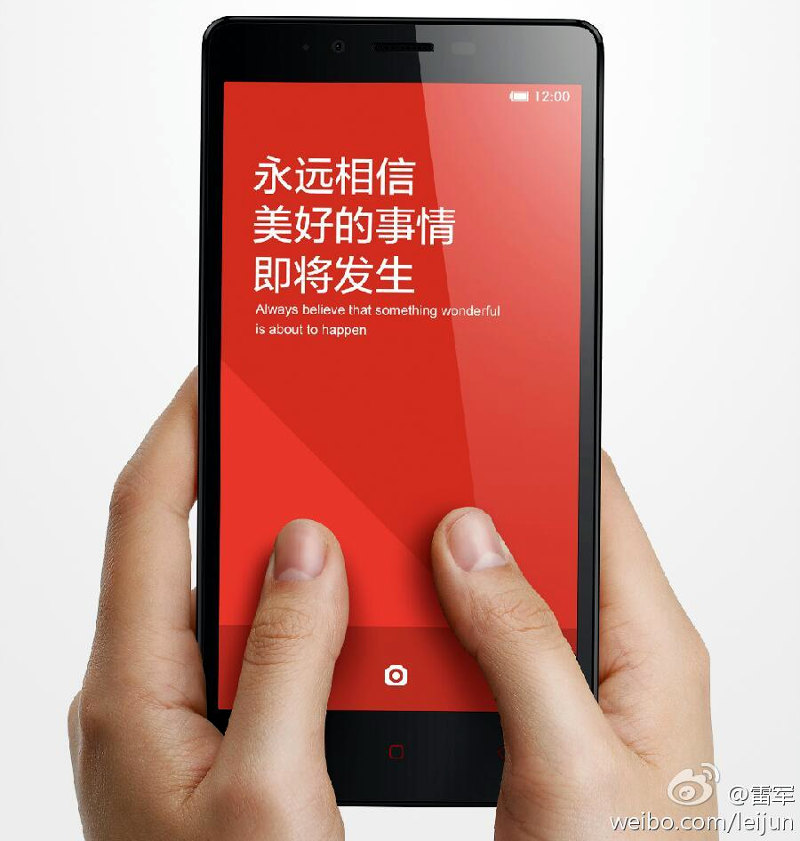 Xiaomi’s upcoming smartphone in the Redmi series got certified in Tenna in China last week. Lei Jun, founder of Xiaomi Tech has confirmed that the phone would called Redmi Note / Red Rice Note and would feature a 5.5-inch HD screen and an octa-core MediaTek MTK6592 processor. As you can see from the image, it has capacitive touch buttons that glows in Red and a LED notifications light on top. 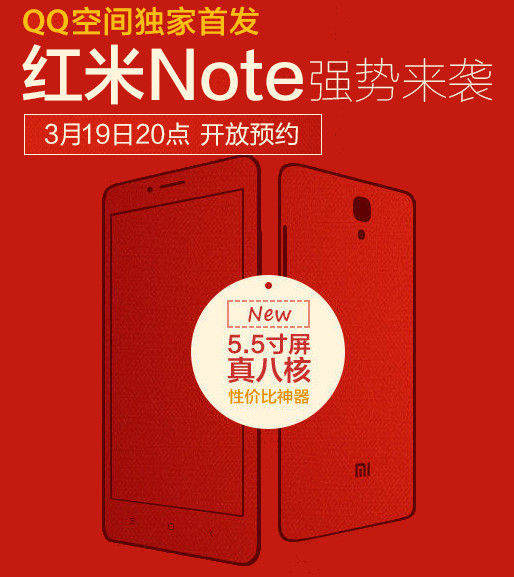 According to the details in the certification, the Redmi Note would run on Android 4.2.2 (Jelly Bean), feature a 13-megapixel rear camera with LED flash and a 8-megapixel front-facing camera, would be 9.45 mm thick and weigh 192 grams. It would have 1GB of RAM, expansion slot, TD-SCDMA connectivity for Chinese markets, 3G WCDMA variant for other markets. It would have WiFi 802.11 b/g/n, Bluetooth and GPS. Other details such as internal storage and battery are not available yet.

The Xiaomi Redmi Note would go on pre-order in China on March 19th at 8PM local time on Qzone. We should know more details about the smartphone by then.