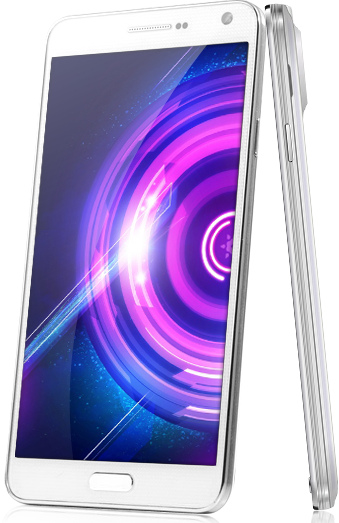 iberry launched the Auxus CoreX8 tablet and the Auxus Xenea X1 smartphone last week, now the company has launched the Auxus Nuclea N2 smartphone, the successor of the Nuclea N1. This has a 5.7-inch 1080p display, powered by a 1.7 GHz Octa-core MediaTek MT6592 processor with Mali 450-MP4 GPU and runs on Android 4.2 (Jelly Bean) that is upgradable to higher versions via OTA updates. It has a 13-megapixel rear camera with LED flash and a 8-megapixel front-facing camera.