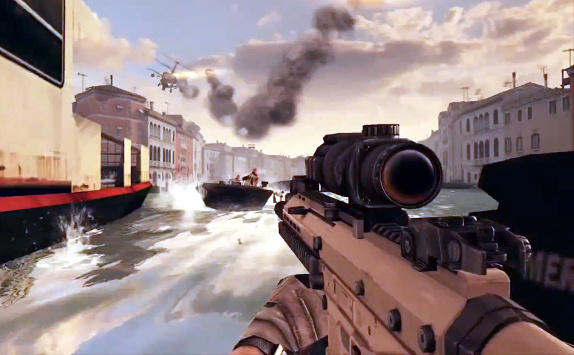 Gameloft has partnered with MediaTek to announce that the upcoming Modern Combat sequel would be optimized for MediaTek’s MT6592 Octa-Core chip. This would be first game optimized for the new chip, which would include, enhanced graphics including, water distortion effects, reflections and shadowing. Since it is a fast moving action game, the MT6592 chip would offer continuous scrolling in high definition with attention to detail from soft particle display to enhanced depth of field to create a more immersive experience, says the company.

As mentioned on the Intex announcement earlier today, the MT6592 Octa-core chip can activate all eight cores simultaneously for exceptional multi-tasking, and features a 700 MHz Mali 450-MP4 GPU for enhanced graphics.

NVIDIA already has Tegra Zone to download games optimized for Tegra chips on smartphones and tablet, since they launched the Tegra 2 processor back in 2011. Popular Tegra-optimized games include, Dead Trigger 2, Asphalt 8:Airborne, Riptide GP2 and lots more. It is not clear whether MediaTek plans to launch a separate app to download optimized games in near feature.