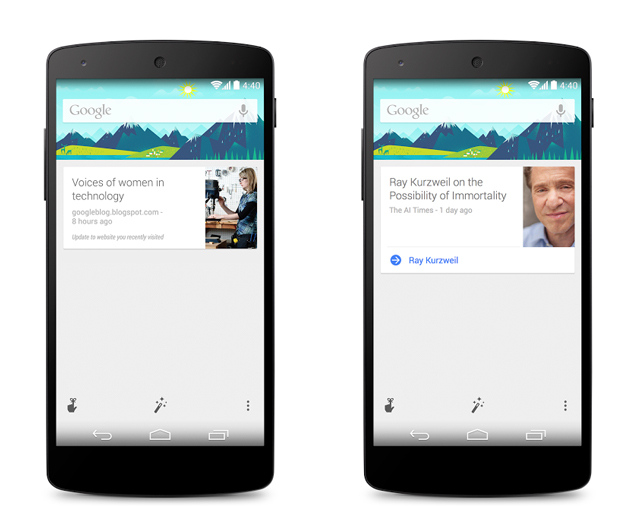 Google Now is a major part of the Android 4.4 KitKat update and some of these features are now making their way over to phones that run on a lower version of the smartphone OS. Google has been working on de-linking various parts of the operating system to make them easily available as packages that can be individually updated. Because of this, several of the features that might have been termed as core OS features can now be ported back to older versions of the operating system.The latest update to Google Search brings Android 4.4 features such as new Google Now cards which can now notify you when a preferred website has posted an update. Avid TV show and movie viewers will enjoy the new Google Now card that displays suggestions based on your watching history. Additional features that are US specific for now includes information about packages being available for in-store pick up and rugby scores.

A cool new addition is that Google Now can now hold a conversation in the same vein as Siri. While the responses aren’t as fleshed out, it is definitely a step in the right direction. When you don’t provide enough information, Google Now will now ask for further information instead of starting off from scratch. This in addition to hands free activation of Google Now that is available to anyone using the Google Experience Launcher brings a Moto X like experience to all users. The update roll out has begun in a staged manner and you should expect it to reach your device over the next few days.