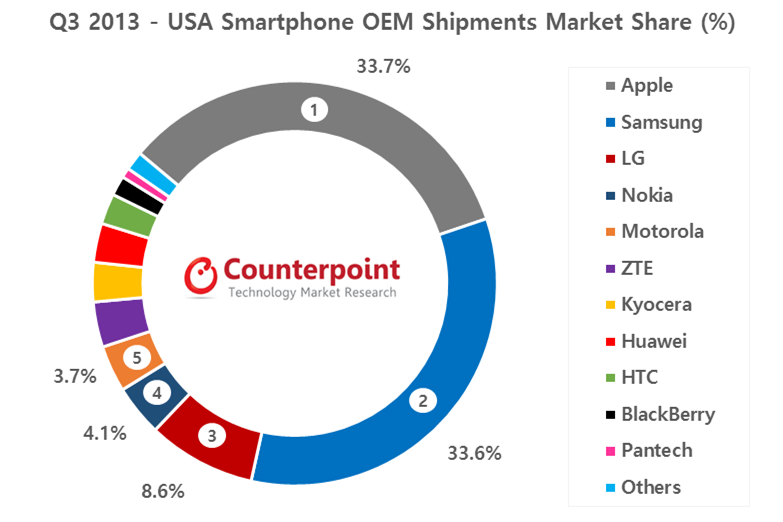 According to the CounterPoint Research Report, Nokia is at fourth position in the US smartphone market which is dominated by Apple iPhones and Samsung Galaxy devices. As per the report, Apple has the most share with 33.7% share of the market while Samsung is right behind it with a 33.6% share. Together, Apple and Samsung account for nearly two thirds of the US smartphone market. The third place goes to LG which occupies around 8.6% of the market and Nokia takes the fourth spot with 4.1% market. The 4.1% market share for Nokia is a record high for Nokia ever since the launch of iPhone.

Things are looking good for Nokia which is all set to be acquired by Microsoft. What do you think of Nokia’s value in India? Will Microsoft acquisition of Nokia change your opinion? Let us know in the comments below.