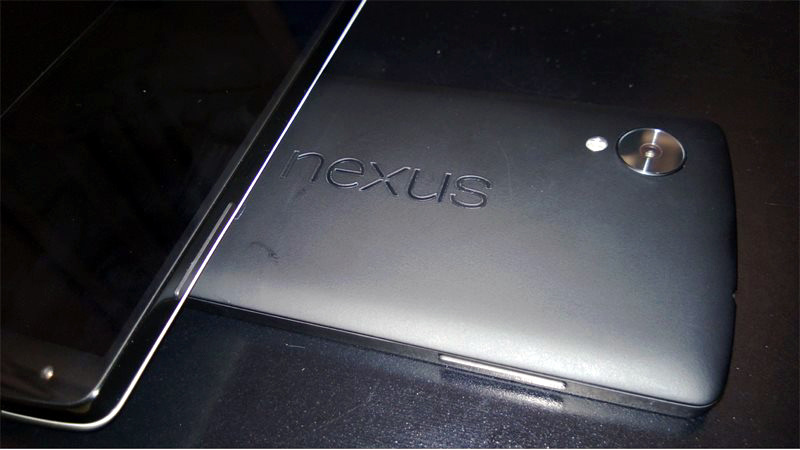 Complete specifications of the Google Nexus 5 surfaced in a leaked log file yesterday, now a new image of the phone has surfaced on Macrumors forum. The image looks like the first image that showed up in first official video from Google. This also looks similar to the short video and images that surfaced last month. The Nexus 5 that is manufactured by LG showed up at FCC recently with a model number LG D820.

The user who posted the image has mentioned that the device is smaller than the G2 and feels a lot like the Nexus 7. He also mentioned that the phone has small bezel, but the display is not as good as the Galaxy Note 3′s Super AMOLED display.

According to the rumors the Nexus 5 is expected to be announced at the end of this month. Now we have the entire specs of the device. Hope we can expect more leaks, including the press image of the device closer to the launch.