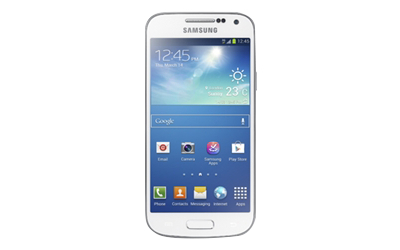 Samsung would unveil the Galaxy S4 mini at the Samsung Premier 2013 scheduled for June 20th, according to a recent report from The Wall Street Journal. This coincides with the rumors that surfaced back in March. The Galaxy S4 mini was confirmed from the official App Store listing recently. New ATIV Windows devices would also be unveiled at the Samsung event next month. 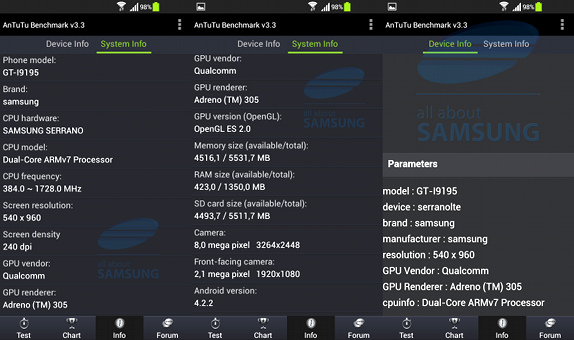 Detailed specifications of the Samsung Galaxy S4 mini (GT-I9195) has been revealed by a German website using AnTuTu benchmarking app. We already know that 4.3-inch (960 × 540 pixels) qHD Super AMOLED display, now the website reveals that the phone would use a dual-core Qualcomm Snapdragon 400 processor clocked at 1.7 GHz with Adreno 305 GPU. It would pack a 8-megapixel rear camera with LED Flash and a 2.1-megapixel Full HD front-facing camera. It would run on Android 4.2.2. Jelly Bean with Samsung’s own Nature UX similar to the Galaxy S4.

It would feature 1.5GB of RAM. No details about the battery capacity yet. Let’s wait for few more weeks to find out more about the device at the event.