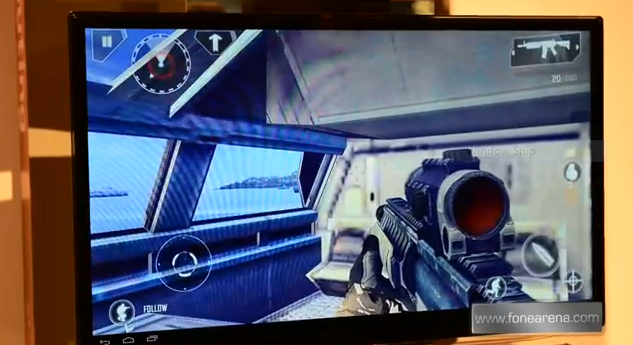 At MWC 2013 in Barcelona, we were able to get some videos demonstrating the features and power of the newly announced Snapdragon 800 series processors from Qualcomm.

The features were showcased at the Qualcomm stand using smartphone and tablet development platforms. So rather than using consumer models, the videos show us what the Snapdragon 800 processor is capable of and what features it will bring to device that use it.

The first video demonstrates the voice activated and photo features. Voice activation is a low powered method that can be used to activate your device. Your device listens to whatever you say, constantly monitoring your voice but it always stays in a low power mode. But when you say a specific word, the phone gets activated and then you can communicate with the device with voice.

In the photo feature, the device uses array of cameras to capture images of which the focus points can be changed after the photo has been taken. This is something similar to the Lytro camera concept.

The second video demonstrates the capability of the processor to capture and playback 4K videos. It has been a couple of years since the introduction of 4K cameras and this years CES introduced 4K TVs on a larger scale. With the Snapdragon 800, 4K recording and playback might be soon possible on our smartphones.

The final video showcases the gaming power the processor brings to smartphones and tablets. The processor is complex and powerful enough to bring console like graphics to the portable platform.