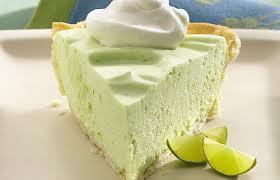 Currently the official Android 4.2.2 Jelly bean comes with Linux kernel  3.4 and supports 3.0 and 3.3 versions. Manufacturers usually embed their own modified Linux kernel with the current version of Android which Google releases. Only the Nexus runs on the latest Linux kernel used by Google.

Introduction of Linux kernel 3.8 will be great for Android as it will bring NVIDIA Tegra and Samsung Exynos DRM drivers. It will also have a low memory foot print than previous linux kernel, which will reduce the space used by system in the internal memory, giving more space for users to store and install applications and data. Flash memory file system also goes really well with this kernel, which means smoother interface and processes. Overall this is really great news.

As this is  not a small change, we are thinking that this kernel is in preparation for Key lime pie which will be the next version of Android, so Google is preparing itself for their launch of the new O.S, which I guess is not very far away. As this kernel is natively supported, the development time with this kernel will be brought down for both Google and third party developers. Hence Google will be able to bring out OTA updates and fixes at a much faster rate .