One of the most affordable devices running Windows Phone 8, the HTC 8S brings a lot to the table in terms of specs and design. We’ve been playing around with one and decided to bring you a photo gallery before the full review to act as a teaser. 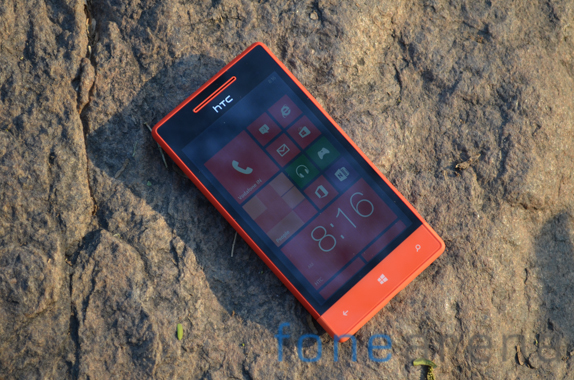 The HTC Windows Phone 8S ships in a range of color combinations. The red and black seen here was a particular favorite of ours. The front has a 4inch WVGA screen which does the job well enough. Below it are the capacitive buttons seen on all Windows Phone devices. 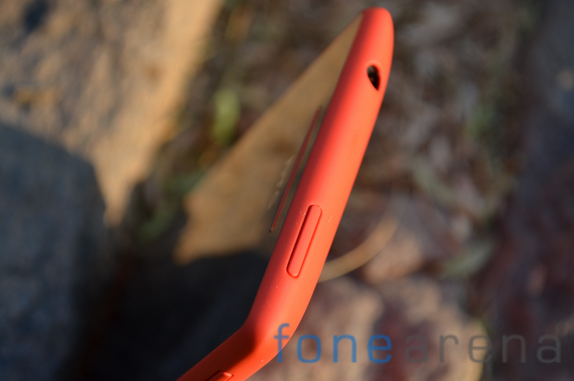 Over at the top we have the 3.5mm audio jack with the power key. Unlike the 8X, the power key on the 8S isn’t entirely flush with the body and provides much better feedback. 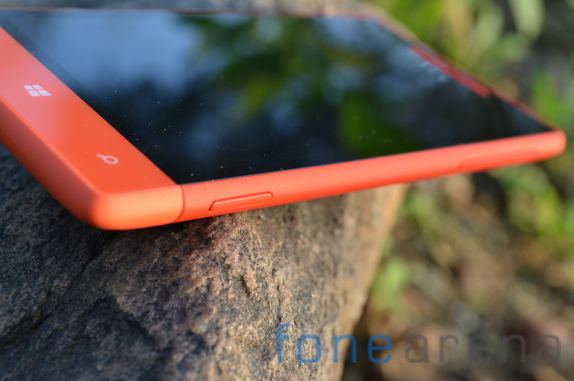 While there are no buttons at all on the left of the handset, the right has the volume rocker and the camera button. Due to the diminutive size of the handset, using it in one hand should not be a problem at all. 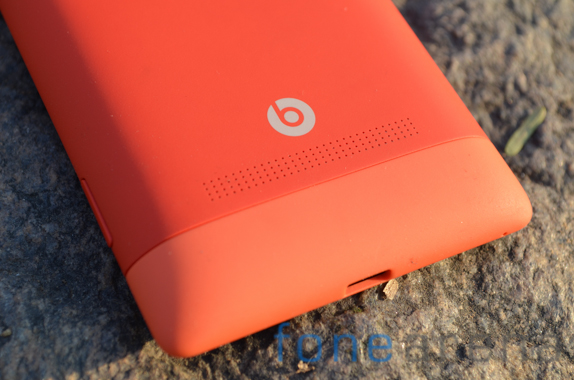 There is prominent Beats branding over at the back but the 8S does not have the additional amplifier seen on the 8X. Instead, the phone makes do with a custom EQ solution. 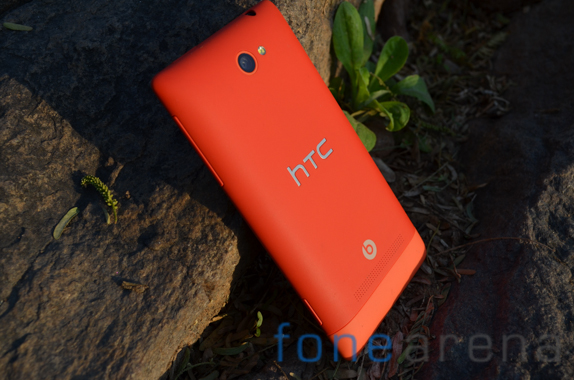 The back of the phone itself is finished in a rubberized material making it extremely grippy thereby minimizing chances of it slipping from your hands. 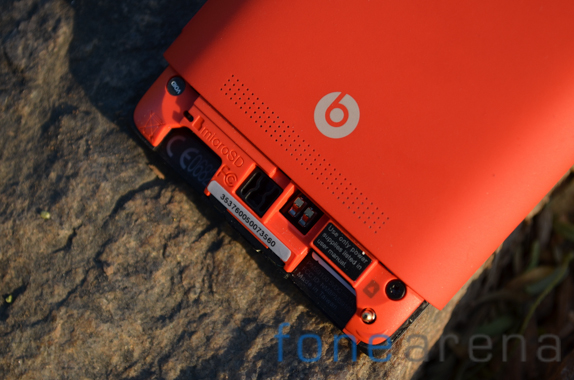 The lower-most part of the back panel slides off on applying effort to reveal the microSD card slot and the micro SIM bay. The spring loaded slots mean that the cards are held securely in place once inserted. 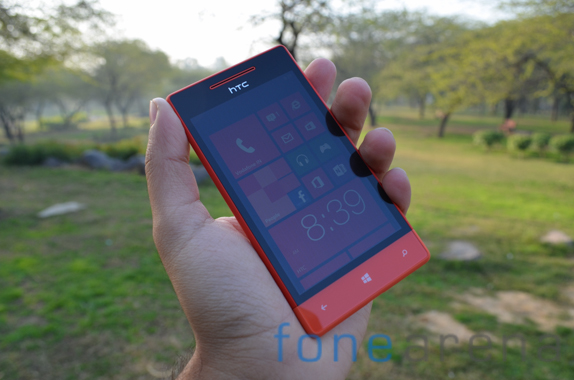 Overall we’re quite fond of the size of the HTC Windows Phone 8S for its size and decent performance levels. But is this THE Windows Phone device to get ? We’ll explore that and more in our upcoming review.