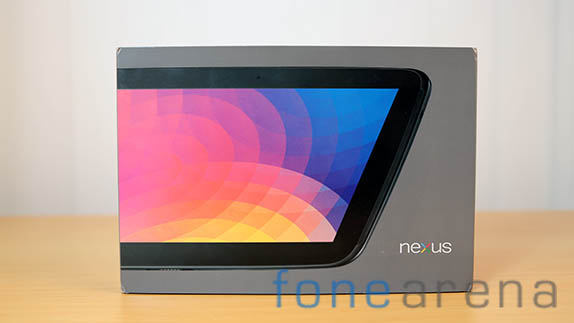 The Nexus program from Google has been transforming from a developer focused one to a completely consumer focused one. The message is very clear, Google wants to use its services(Google Play) and the best possible way to use them is by buying their Nexus devices. Starting from the Nexus One, the program has seen many phones, till the Nexus 4(See our unboxing here) a 7 inch tablet made by ASUS, the Nexus 7, but we never got to see a 10 inch one. But then, amidst “Sandy”, Google launched the first 10 inch Nexus device – The Google Nexus 10, made by Samsung. And yes, we have got it in our hands already, after a terrible launch delay. Check out the unboxing video below –

Lets quickly go through what’s in the box before talking about the actual device, eh?

The outer cover of the box, like all the newest Nexus devices, has some advertising from Google on why you need to buy this device, along with the usual logos and what not. While the Nexus 7 box actually resembled the tablet like the number 7, there is nothing like that for the Nexus 10. 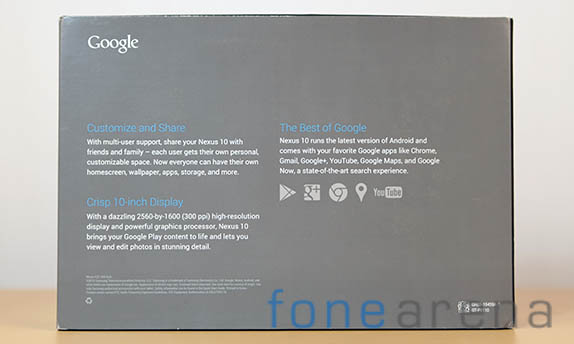 We got the 16 GB WiFi only version, and yes, this tablet is made by Samsung, with hardware design and materials mandated by Google. 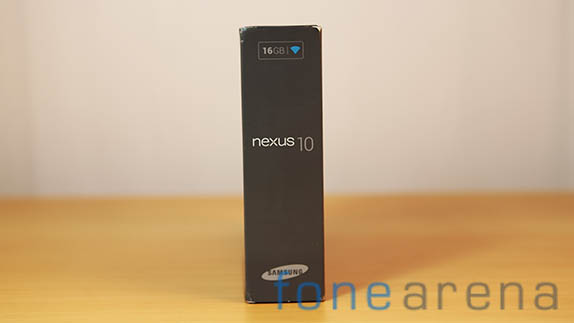 The actual box though, is a nice pitch black one, with a cool letterpress-like Nexus logo on it. 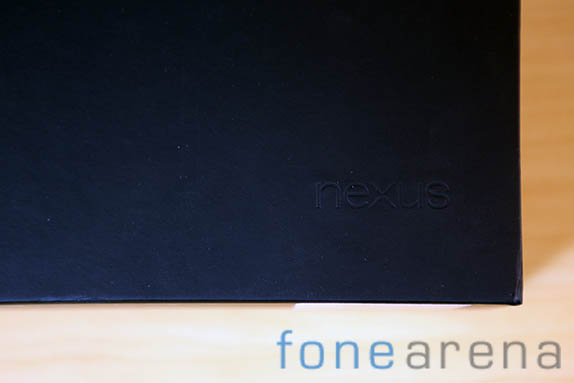 And right inside the box, the Nexus 10 lies on top, underneath which the accessory box resides. 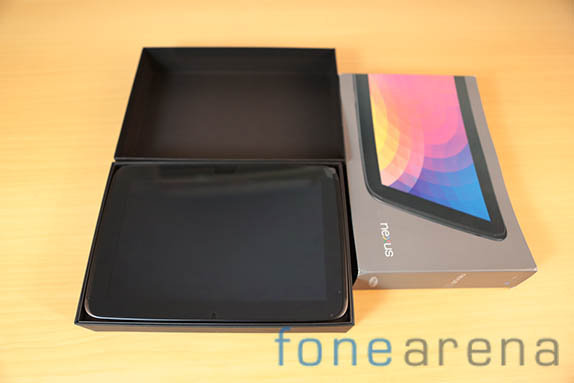 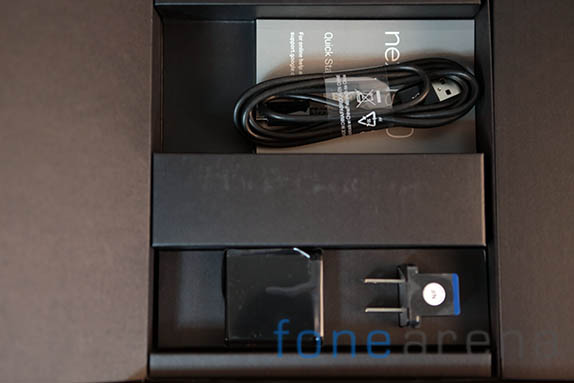 And as you can see, like all the other boxes, it has the mandatory set of accessories that include a travel charger, a micro USB cable and a couple of useless information booklets. Lets get to the device then. You can check out some other photos of the box contents in the gallery below. 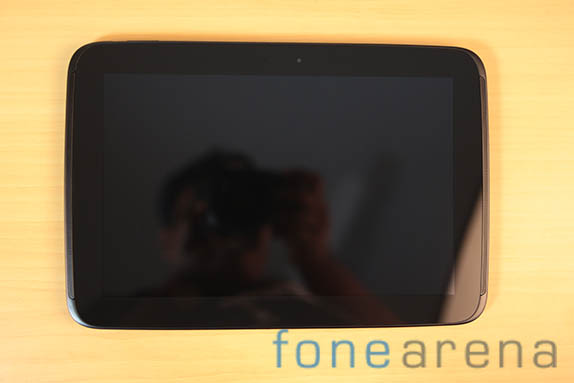 The Nexus 10 is a well rounded device, and I mean this just in terms of looks. It is curvaceous at best and is a pleasure to hold. On top is of course the USP of this device, the brilliant 300 PPI 2560X1600 10″ TFT display made by Samsung. We will definitely take a deeper look at the display and the rest of the device in detail, in our review. On the sides you can see the standard stereo speakers that are now a constant in all the Samsung 10 inch tablets. 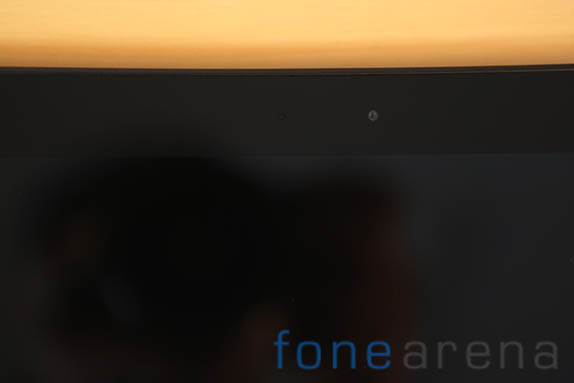 You have the front facing camera and the ambient light sensor near the top edges of the device. The front camera is a 720p capable 1.9MP unit. 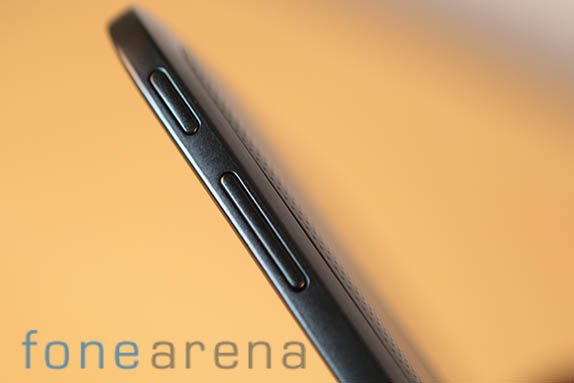 On the top, you have just the volume rocker and the power/lock switch. The usual assortment of I/O that’s usually present on other Samsung tablets is notably absent. On the sides, you have the micro USB port, the Micro HDMI port and the 3.5 mm headphone jack. 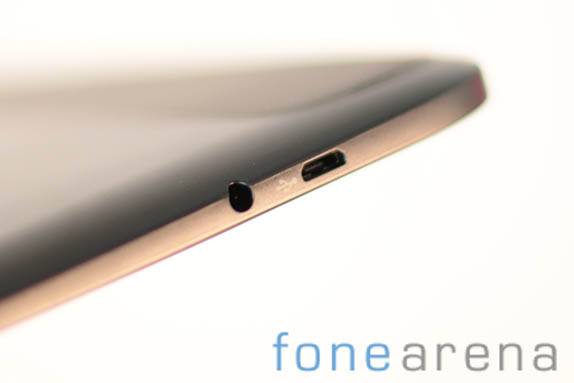 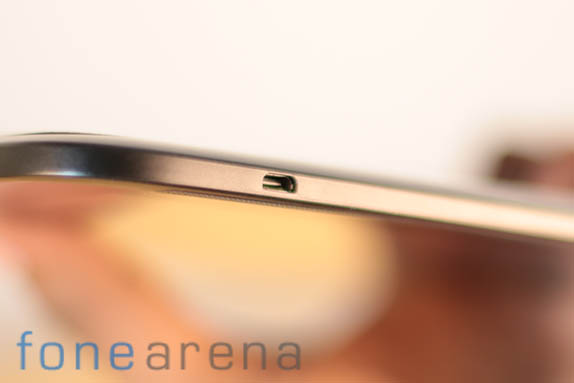 What impressed me most was the back of this device. It was made with a beautiful matte soft touch plastic material which feels extremely grippy in your hands and makes the device a joy to hold. I never expected this aspect to be so impressive, alas but Samsung made me think so, the prejudice was shamed. On the same back, you have a textured grip, possibly for better grip to hold in the portrait orientation(pointless on this device, yet still) and of course the 5 megapixel shooter on its back, accompanied by a LED flash and a back facing microphone. 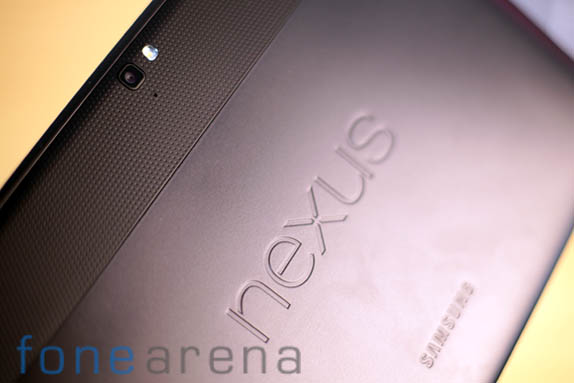 And finally, the bottom of the device has that dock connector that started appearing on Nexus devices starting with the Samsung Galaxy Nexus. I think it’s a Google led effort to standardize some accessories for its range of devices. 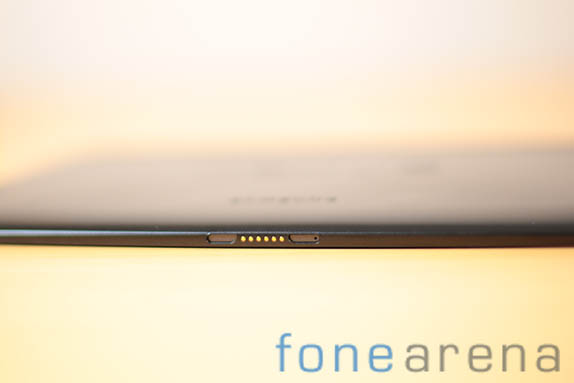 That’s it for the unboxing and a quick hardware tour. A quick round-up of specs would be – Nexus 10 – a 10 inch 300 PPI Android 4.2 JellyBean tablet that has a 9000 mAh battery, a 5 MP camera on the back, a 1.9 MP camera on the front, 16GB of storage, WiFi connectivity running on a Dual Core A15 Exynos processor with 2GB of RAM and a Quad Core Mali GPU. For a full list of specifications, feel free to visit this page for learning about it. And as always, stay tuned for the full review!