Google has scheduled an Android focussed event for the 29th of October and details around it have already started trickling out. Alongside the expected Nexus 4, it is now almost certain that Google will introduce a 32GB variant of the Nexus 7. 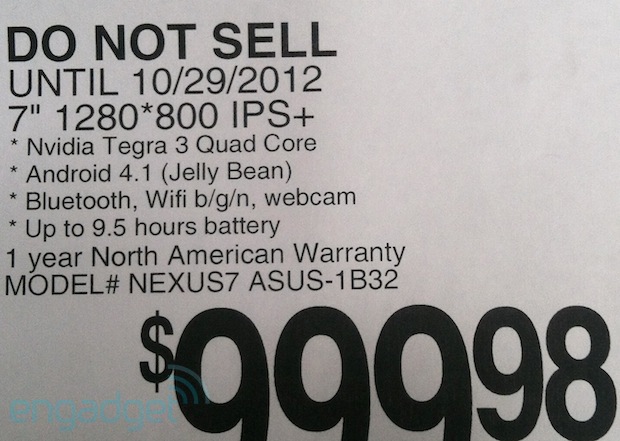 Expected to retail for $249 which is the same price as the current $16GB model. We believe the 8GB model will be pulled from stores and replaced by the 16GB variant for $200. Other specifications remain the same. The tablet is already appearing at retailers and inventory systems so we should expect the upgraded model to be available starting the 29th of October. The Nexus 7 has a 7″ 1280 x 800 IPS screen and is powered by a Tegra 3 Quad Core processor. The OS on is Android 4.1 though we expect the 32GB models to ship with Android 4.2 which is expected to be announced on the 29th. Note that the pricing on the image is a placeholder.