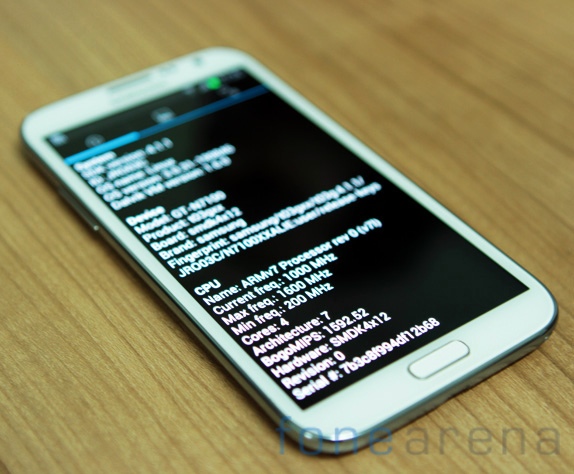 The Galaxy Note 2 is 2nd quad-core phone from Samsung the 1st being the Galaxy S3. It uses Samsung’s homegrown Exynos 4 quad chipset which does deliver some impressive numbers in various benchmarks. 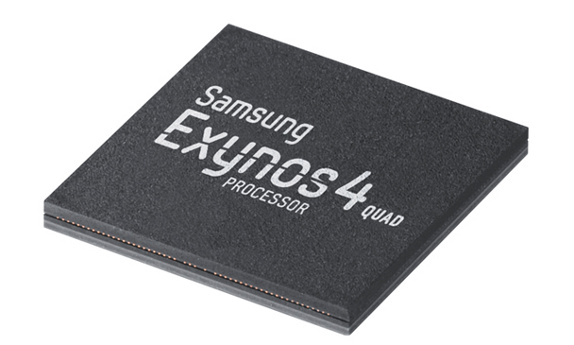 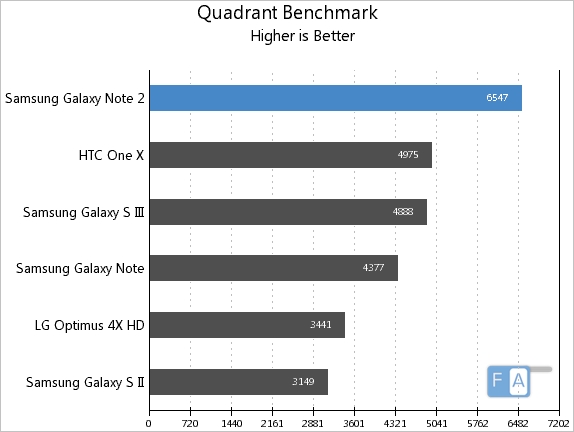 There is a huge difference between the Galaxy Note 2 and the One X in the Quadrant Benchmark. 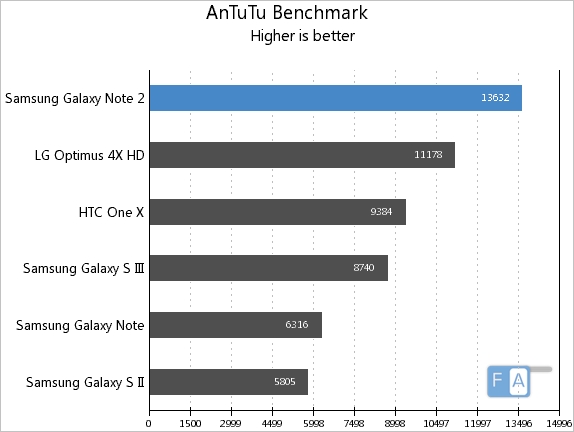 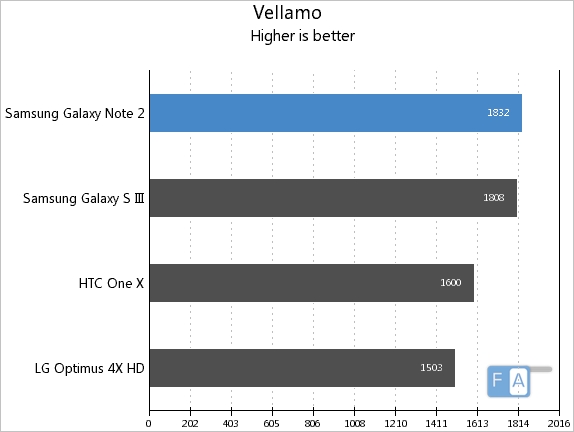 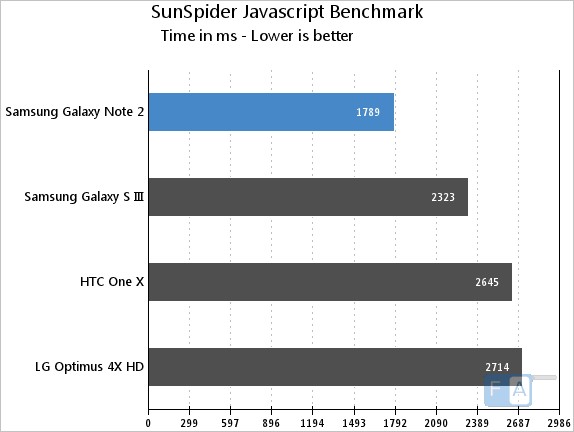 Note 2 tops even in the SunSpider browser benchmark. 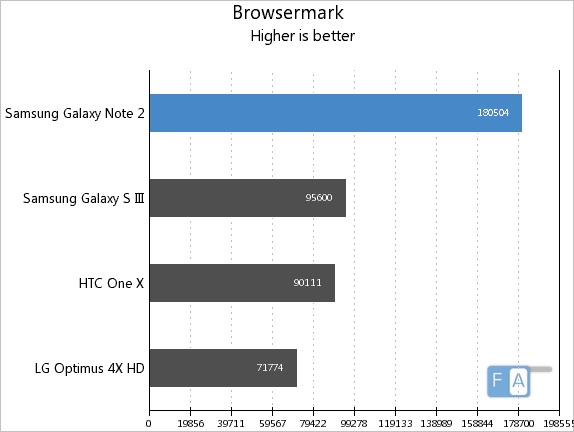 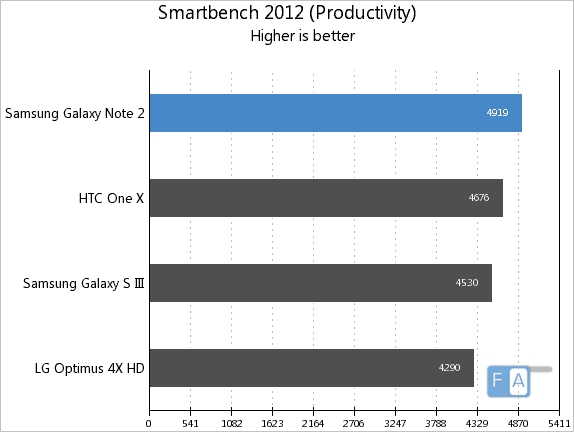 Note 2 overtakes the HTC One X to gain the top spot in the Smartbench 2012 – Productivity benchmark. 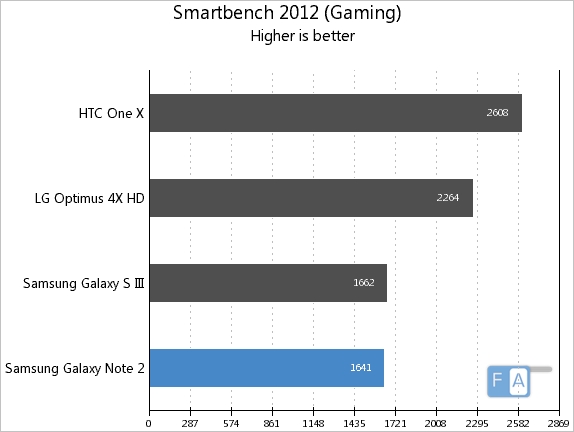 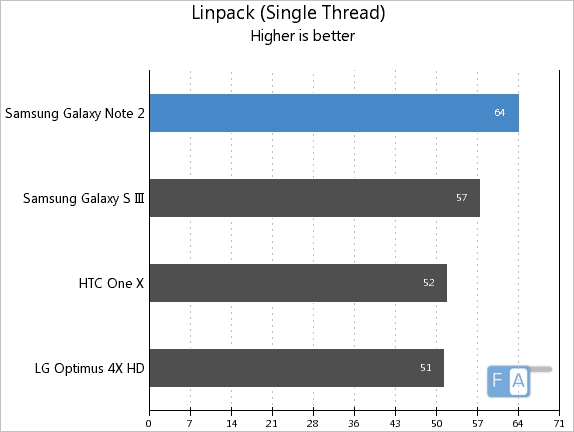 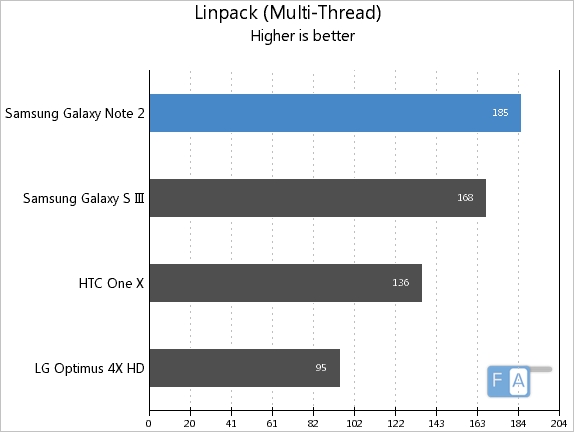 The Galaxy Note 2 leads in both the Linpack benchmarks. 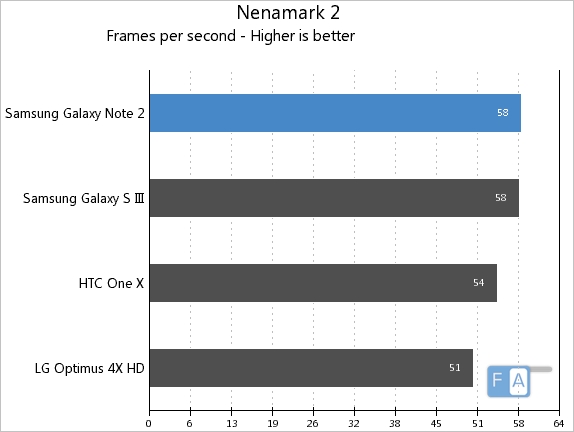 The NenaMark score is similar to the Galaxy S3.

Check out our Hands-on image Gallery and the Unboxing of the Galaxy Note.