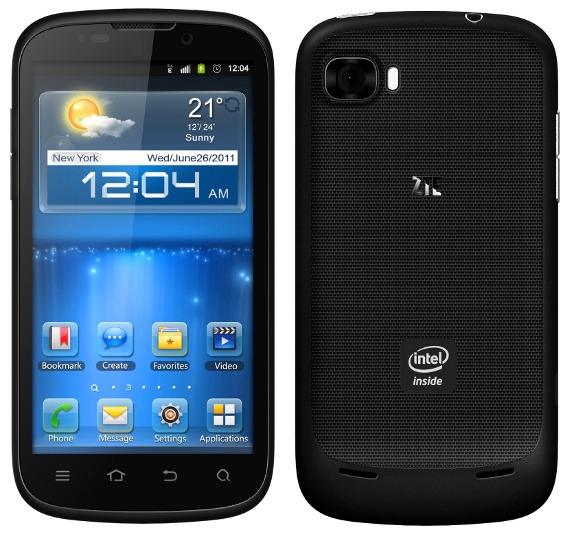 ZTE has announced Grand X IN that is powered by 1.6 GHz Intel Atom processor (Medfield Z2460 platform) similar to the Lava Xolo X900 that launched in India in April and the Lenovo LePhone K800 that went on sale in China in May. The ZTE Grand X IN packs in a 4.3-inch (960 x 540 pixels), 16M colors, TFT, Capacitive touch screen display, and runs on Android 4.0 (Ice Cream Sandwich). It has a 8MP Auto focus camera with Flash at the back, 1080p HD video recording and a 0.3MP Front-facing Camera.

The ZTE Grand X IN would be available in Europe in September. The phone would be showcased at IFA Berlin from August 31 to September 5. No details about the price yet.