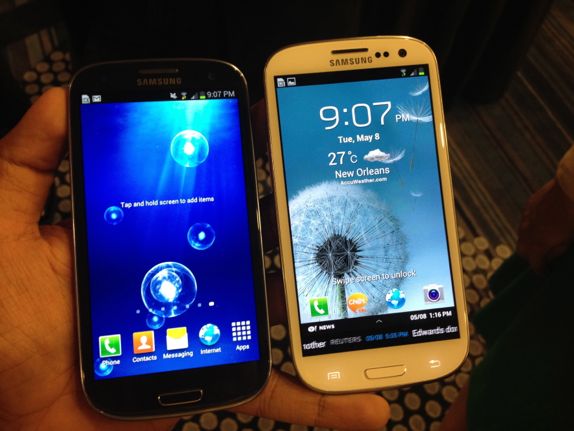 One of our readers who had pre-booked the Samsung Galaxy S3 in India through the Samsung eStore has received an order confirmation along with a coupon for Rs.2000 which lets one redeem the free Bluetooth headset along with the phone purchase. Here is another small piece of news you can spot in the email. The Marble White version of the Samsung Galaxy S3 will launch on May 31st. The Pebble Blue version won’t be available at launch and will be available for purchase only in the 2nd week of June.

It is not clear if this applies to only pre-booking orders or in retail as well. But consider how white gadgets have done well in the recent past in India , it could actually be a smart move by Samsung. But then if you are looking to buy the Blue version of the Samsung Galaxy S3 , you might have to wait for a couple of weeks.

Here is a quick comparison of device in both the colours 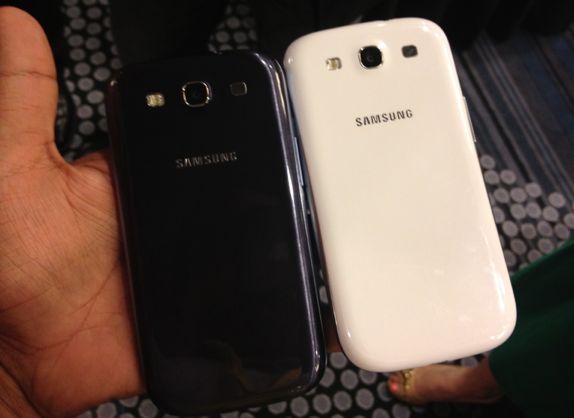 I have used both the White and Blue version of the Galaxy S3 and I preferred the White one over the Blue one.Will try to include a couple of photos of both the versions in a few moments..Its now clear the phone is indeed launching in India on 31st May.Samsung has not revealed the price but it will be around Rs.40000